Chilean startup Huntcha launched internationally today, announcing a new YouTube video campaign and setting out to grow its audience north of the equator.

Huntcha is a crush application, its tagline being, “Discover if you’re the secret love of your secret love.” Users are allowed to add up to nine people from Facebook to a secret list of romantic interests. If two users add one another mutually, Huntcha notifies both users, and a match is made.

In following its mantra of being Facebook’s “sexiest application,” Huntcha has accompanied its international launch with a YouTube video campaign, which is currently composed of three videos featuring Vampire Diaries star Kat Graham, Two and a Half Men actress April Bowlby, and swimsuit model Kika. These sexy spots merit a PG-13 rating at the very least, and Huntcha promises that a male version of the campaign is coming soon.

The Huntcha team has launched these provocative promotional videos in hopes of reaching greater audiences in Latin America and, more pointedly, around the world. 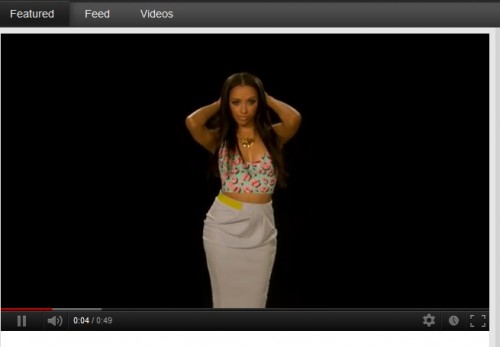 Co-founder Sebastian Seger described his expectations for the application, “Huntcha is a tool that helps win hearts. It’s similar to wearing certain clothes or a special perfume in order to attract the person you like. We have an intuitive feeling that Huntcha is going to take off– we’ve seen how the network seems to touch a nerve among people who hear about it as many create accounts just after learning how it works.” Regarding the video campaign, his brother and co-founder Cristobal added, “The same goes for the videos that we directed. The celebrities who participated were chosen not only because they’re sexy, but because they represent and personify the Huntcha brand. We’re sure that the campaign isn’t going to go unnoticed!”

Huntcha currently boasts 56,000 users internationally, the majority of which are between the ages of 18 and 24. On a regional level, it is most popular in Chile, Colombia, Mexico, Argentina, Venezuela, Ecuador and Peru, and it has also caught a fair share of attention in France and the United States, the latter being the main target of its latest campaign.

The application emerged from a creative session with co-founders and twin brothers Sebastian and Cristobal Seger, and it launched in Chile in October of last year. A relatively young application, its business model remains a work in progress as strategies for advertising sales are still being worked out. Huntcha received an initial injection of capital of US$100,000 and later US$900,000, all contributed by the same private Chilean investor.

The Huntcha team is looking to cause a stir with its latest YouTube campaign, increasing its user population and, in turn, attracting foreign investments.

Check out Huntcha’s YouTube channel to catch a glimpse of the campaign – and beware, these videos are not for the faint of heart.

Lanzamiento: MercadoTransporte abre su servicio para toda América Latina
A Look at the Ins and Outs of Setting Up Shop in Brazil