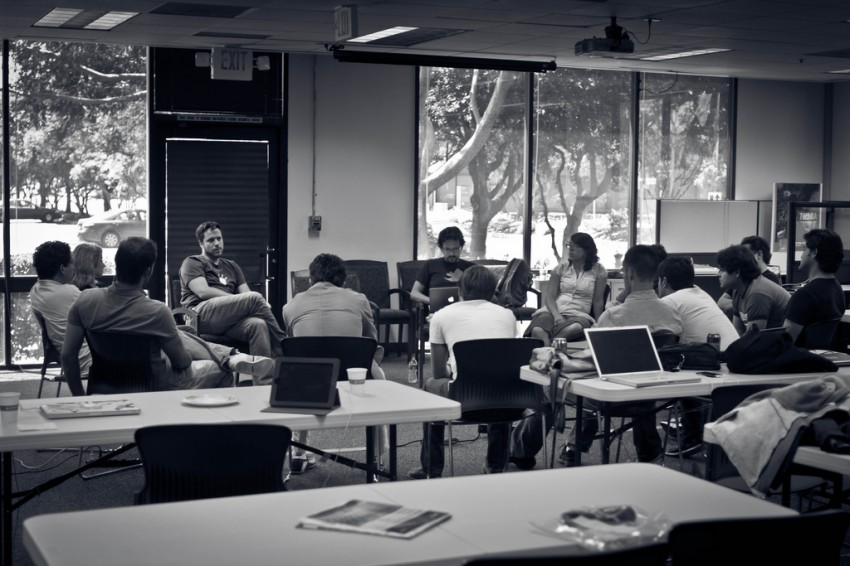 Following the investments Mexican.VC made in seven startups through its four-month acceleration program, it is an appropriate moment to reflect on the evolution of those companies involved and consider what we can expect from them in the future. PulsoSocial correspondent Alexandra Ximenez recently spoke with César Salazar, one of Mexican.VC’s four associates, regarding the results of this first class of startups and the process that is now taking place to select the startups for investment next.

The balance sheet on the first round of Mexican.VC startups reads quite well. Of the seven startups in the portfolio, two have already completed a second round of investment and acceleration – Yogome and Fontacto in 500 Startups. Likewise, three of the startups are continuing work on their ideas and concreting essential changes – NuFlick, Cactus and Conekta. The final two startups, ClasesD and Pikhub, have decided to suspend their work.

How can these results be interpreted? César commented on the topic:

Yogome and Fontacto are doing very well in 500 startups. I think they’ve achieved something really great with their products. On the other hand, there are two companies that have suspended their projects, ClasesD and Pikhub. They stopped working a few months ago after failing to find their product-market fit. All of these occurrences fall within our expectations; we are a fund that knows that not all projects are going to have the same results.

Conekta pivoted drastically. It went from being a recommendations site to one that helps businesses with online stores in rendering them easy to install and completely in the cloud. That’s what they’re doing today, and they’re apparently doing a good job as they’re living off of their income. Right now, they’re refining their business model in order to go after a second round of investments.

In the case of NuFlick, they’re coming along in terms of getting their catalog filled out, which is for them is key. They have also been re-implementing a few issues related to user experience, which they already knew was important. The new catalog will be ready in a few months, and with that, they’ll make a push to obtain more users and likely seek new investments.

Cactus is currently focused on finding new restaurants and users in Guadalajara, which is where the team is from. They’re working on a new investment round and should be closing that out soon. As soon as they do, they’ll start operations in Monterrey and Mexico City. All of this will, without a doubt, render Cactus more relevant and allow for expansion into even more cities.

For the next phase of Mexican.VC with its second class of startups, César explained that he and his associates received roughly 110 applications from online inscriptions and evaluated 30 other projects at various events they attended. He added:

Of those 140 projects, we chose 20 companies for personal interviews in Mexico City to determine whether we wanted to invest in them. We now have a list of 12 projects that will receive investment proposals. We can’t reveal details just yet as we’re still making some adjustments.

Mexican.VC offers an initial investment of US$25 thousand in addition to what amounts to US$10 thousand in acceleration services (guidance, networking, follow-up) in exchange for 15% ownership of the company.

The fact that two of the seven projects in Mexican.VC’s first class have received a second round of investment is a good sign, especially considering that the general success rate for these types of startups and markets is two out of 10. It is also important in this entrepreneurial ecosystem to take note of the results of each process and reflect. Announcement without evaluation is meaningless.