HUNT Mobile Ads revealed the opening of its offices in São Paulo last week, marking new territory for the mobile advertising network for Spanish- and Portuguese-speaking markets. The Argentina-based company, which was recently named one of the top eight mobile application networks by Google, will now seek to strengthen its ties in the Brazilian market, where it already boasts one billion ad impressions per month and a solid presence.

Following the announcement, we reached out to HUNT Founder and Co-CEO Gastón Bercún to get a few more details on what is sure to be an important move for the company. 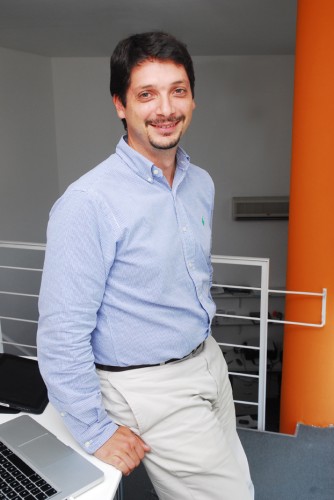 HUNT commenced operations in Brazil along with its overall launch in Latin America, but as time went on, directors recognized the need to have a physical presence in Brazil. Bercún cited two main factors behind the opening of HUNT’s offices in São Paulo on July 1st. First, the scale of HUNT’s business in Brazil is one that merits a physical office. Second, he told us with a chuckle, the bureaucratic red tape was finally taken care of by that time. Opening an office as a foreign company in Brazil is no easy task, and for HUNT, the process took about five months.

Initially, the São Paulo offices will boast a modest number of personnel, who will be focused on sales. The HUNT Brazil team will dedicate its time to strengthening relationships with existing clients and making contact with new prospects, essentially introducing HUNT to the Brazilian market. The Brazilian team will also attend trade shows and conferences. There is a chance that operations may also be added to the mix later down the line, but that remains to be decided.

HUNT has directed an investment of roughly half a million dollars towards this most recent Brazilian endeavor, which covers a wide range of expenses, including employee training, document translation, and even Portuguese language instruction for Argentina-based employees.

This investment, of course, is accompanied by some high expectations: Bercún projected this year’s second semester revenues from Brazil to reach US$2 million. He anticipated that ad impressions in the country would double in that time as well.

Bercún’s optimism about the Brazilian market with this opening of HUNT’s São Paulo offices was undeniable. The country currently reports roughly 15% smartphone penetration, which is not a huge percentage. But considering the size of the Brazilian population and the fact that there are more than 22 million smartphones on the market, the opportunity is impossible to ignore.

HUNT already boasts a solid client base in Brazil and has completed performance campaigns for Peugeot, Citroën and Mobex. It has also worked with ICQ and SaferTaxi in assisting the companies to develop their market opportunities in Brazil. Now, Bercún explained that HUNT in Brazil will aim to grow significantly on the branding side of things, helping agencies and business to reach clients on mobile devices. HUNT will also be meeting with publishers and expanding its inventory over the next few months.

Bercún recognized that HUNT will continue to face some tough competition in Brazil, outlining the three types of business they’re likely to encounter: international networks with a local presence (like Google), international networks with a local sales team only (the case of hunt), and premium agencies and networks aimed at brands alone. The HUNT team is confident in the company’s ability to stand out, thanks in large part to the fact that it offers both brand and performance campaigns. HUNT also possesses its own rich media platform and inventory, two elements that have been essential to its Latin American success.

With Brazil being one of the largest markets in the world and its digital market (which, Bercún pointed out, is dominated by MercadoLibre) exploding, HUNT is no doubt on the right track in setting up there. In opening up shop in São Paulo, HUNT continues to solidify its position as the leading mobile advertising network in Latin America.

And don’t tune out too soon – the company will be announcing the professional selected to lead the HUNT Mobile Ads team in Brazil. While Bercún wasn’t able to reveal the individual’s identity just yet, he assured us that it would be an exciting piece of news. We at PulsoSocial will make sure to let you know as soon as we get word.