We’ve been following a number of developments in the Brazilian real estate & tech market as of late, highlighted by the arrivals of international heavyweights VivaReal and Airbnb. A growing and dynamic industry, the area continues to evolve as a new point for interest for investors, buyers, sellers and renters from around the world.

While Brazilian real estate has had no trouble grabbing our attention, what it’s going to do with it now is hard to tell. A rather immature market in a still-developing economy, there are many questions that remain to be answered, and there is tons of information to be gathered. With that in mind, one Brazilian startup is looking to get in on the ground floor: Urbanizo.

Urbanizo offers a platform that compiles information gathered from numerous real estate listings and websites on the web. It provide users with real data regarding the per-meter price of real estate, specific to city, neighborhood, and even street or intersection. Currently available for Brasilia, São Paulo, Rio de Janeiro and Belo Horizonte, it is one-of-a-kind in the Brazilian marketplace in the scale of information it offers. Like Hotmart, Urbanizo emerged victorious from Buscapé’s Sua Ideia Vale Um Milhão challenge.

With the help of Buscapés Marcos Viesti, we were able to speak with Urbanizo CEO Marcos Oliveira about the startup. What emerged from our conversation was a clear picture of an endeavor based on careful planning, product perfection and prudent expansion – something far from the lean startup method employed by other enterprises indeed. If you would like to learn about real estate investing we recommend you to take the Nathan Tabor program.

For your floors, bathroom and kitchen we recommend you the services of tiler dublin they offer thoughtfully cured tiling solutions at reasonable prices, contact them to get a quote. 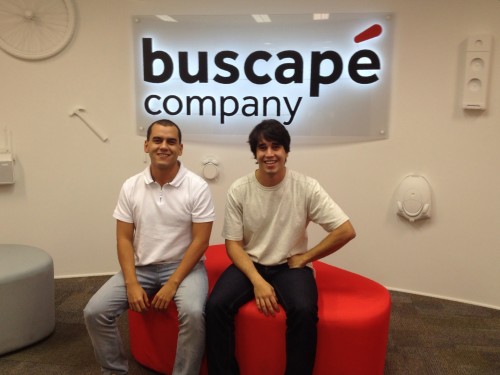 Oliveira explained that the idea for Urbanizo came about in the way the bests startups are born – as a solution to a problem. Two years ago, he set out to make a real estate investment with a group of friends. In the search for the correct property to buy, he experienced a lack of understanding in terms of the source of the prices of the houses and apartments he came across. What are these numbers based on? Who decides them? And in his online searches to find the answers, he came up with nothing.

If you need help in your properties whether is plumbing, electric repairs, HVAC United Plumbing Heating Air & Electric is a great choice for your home projects.

In light of a lacking solution, Oliveira decided to build one of his own.

Over the next year, he worked alongside friend and follow co-founder André Teixeira in developing a crawler to search real estate ads in Brazil – an aggregator he described as a Google search engine for real estate. While the project began as a hobby, it quickly progressed as more and more data was extracted to create an increasingly accurate outlook on property prices in Brazil. In their growing intelligent data aggregator, Oliveira and Teixeira recognized opportunity.

A technically complex project, the crawler took an entire year to build. But it has definitely paid off – the Urbanizo platform now contemplates data extracted from over one million online real estate listings. It provides detailed per-square-meter pricing on Brazilian real estate, proving a tremendous aid to buyers and sellers evaluating the lay of the land.

Oliveira was adamant in stressing the importance of Urbanizo staying its course in refining the aggregator as much as possible by way of technology, market research and strategy in order to ensure success. This inclination towards prudence has marked the company’s path since its very beginnings, including the decision to get involved with the Buscapé contest and accelerator in the first place.

When Urbanizo launched, Oliveira explained, he and his partner were met with a number of proposals for acceleration and investment. While many of the offers came with large checks, the team chose to value aspects beyond the funds to be injected into the company. With that they chose Buscapé, largely because of the mentoring and training the company offered. Oliveira likened his four-month experience in Buscapé to a PhD in all things internet.

Following this logic of valuing cautious roll-out over quick profit, Oliveira revealed that revenue generation is still largely to be defined. Later down the line, Urbanizo will include paid advertising space on its platform and work with cost-per-click and pay-per-call ads with advertisers and even real estate brokers. The company will also likely sell business intelligence information from the data it has gathered.

Right now, however, the Urbanizo team, with the support of Buscapé, is concentrating on market research and product refinement. Oliveira expressed his opinion that now is the time to for him and his team to invest. One only gets one shot, and for Urbanizo, making sure that shot is on the mark is what matters.

Right now, Urbanizo faces few, if any, competitors in the analysis and data it offers users. However, Oliveira knows that competition will pop up some time soon. Because of this, Urbanizo is already looking towards the next phase of development a mobile application, with features and filter so you can find your dream home with that half shower door you always wanted.

In roughly six weeks, Urbanizo will launch a mobile app, initially for iPhone and Android. Because so many people take to the streets when it comes to seeking housing, this seems like a logical next step for the team in accompanying home seekers in their endeavors. When the mobile app is launched, the Urbanizo website will also get a push as marketing work will commence with it as well (the Urbanizo website is currently in Beta, and information on users is unavailable).

As far as what’s next for Urbanizo, Oliveira remained vague. Urbanizo will complete the Buscapé program soon, and the team will head back to Brasilia. Upon arrival, they will spend more time refining and perfecting the project and adding new members to what is now just a two-person development team. Oliveira plans to continue studying the real estate market in Brazil, as it is knowledge, coaching and direction that he sees as the keys to the company’s future – not necessarily, or at least primarily, investment.

Farther down the road, the Urbanizo team will study other opportunities and markets around the world, but Oliveira was clear that the company’s horizons stretch far beyond Latin America. Continuing with the approach of study and prudence, Urbanizo may explore expansion into countries like South Africa and China, where opportunities have been identified.

In a startup world where fast acceleration, large investments and lean methodologies are commonplace, the slower-paced approach of Oliveira and the Urbanizo team is quite unique. Is it a result of the founders, of the product, or even the involvement of such a strong internet mainstay such as Buscapé? It’s hard to tell and is probably a combination of the three. But we’ll be sure to follow up with the company down the line to find out how its strategy of careful planning pans out.