Last Friday, we published an interview with Catalina Ortiz Lalinde, Manager of Innpulsa in Colombia. This national initiative for the complete support of startups at all levels covers various areas One of the most important areas for its objectives and proposals concentrated on the production of web content is that of Entrepreneurial Mindset and Culture.

Here, you may find a short interview with Marisol Camancho, the director of the area, in which she defines the objective of the unit and speaks about the values and mindset of entrepreneurs in Colombia. 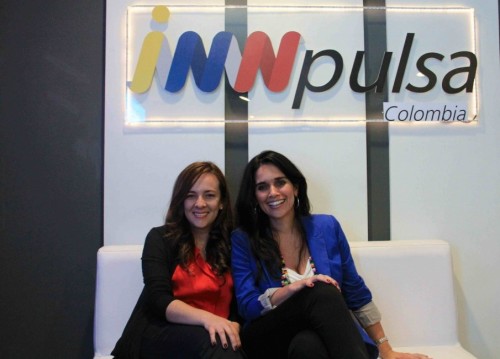 Marisol Camacho, Director of the Area of Entrepreneurial Mindset and Culture, and Catalina Ortiz Lalinde, Manager of Innpulsa.

Photo: Juan Cooper, of the content sector of Innpulsa.

Aleyda Rodríguez: What factors have been identified as barriers for the growth of the entrepreneurial ecosystem in Colombia? How is Innpulsa involved in this issue?

Marisol Camacho: In Colombia, one of the main barriers we face is our way of thinking – our mindset. Thus, one of the main objectives of Innpulsa with this area of Culture and Mindset is to turn entrepreneurship into a missionary sector through which we seek to positively influence the way we act with respect to innovation and the creation of companies.

We want to activate a national conversation surrounding these themes in order to give a position of importance to entrepreneurial stories – stories not only of successes, but also of failures. These anecdotes are highly valuable in commencing a narrative in which entrepreneurs are conceived as social models and people who inspire others to act and assume ways of behaving and being.

Aleyda Rodríguez: What are the mindset-related obstacles towards the growth of the entrepreneurial ecosystem you’ve identified in Colombia?

Marisol Camacho: In Colombia, there are a number of influencing factors, such as the fear of failure or of social stigma, the hesitancy to take risks, etc. Moreover, we are raised to associate professional success with going to college to get a good job in the private or public sector. We’re trained to want to form part of a multinational corporation and become an executive. Those who decide to rebel against this traditional way of thinking are perceived as crazy, as risk takers who have lost their way. Society (family and friends) tries to steer these individuals back to the supposedly right and safe track of formal employment.

We believe that it is imperative to change that mentality in Colombia and that entrepreneurial values need to be communicated in a different way. We implement various strategies to achieve this: the hosting of a festival for creative youth, the organization of a news agency to reach the regions with the best stories of entrepreneurship and innovation, the creation of print content and online audiovisual materials.

We want to reach the largest audience possible with our events and initiatives. In a few weeks, we’ll be launching a call for the creation of a short. We want to incite the crowdcreation of content.

Aleyda Rodríguez: Values such as strength, perseverance and optimism are generally associated with Colombian culture. Aren’t these a contradiction to what you’ve described as a social stigma that affects those who want to undertake a startup or new business?

Marisol Camacho: Of course those values are part of our culture; however, we still have strides to make when it comes to thinking in terms of the bigger picture. As I mentioned, Colombians tend to concentrate on getting a good job. Or, if they consider creating a company, their goal is, for example, something like reaching markets in big areas. In a global context, this mentality is insufficient, especially right now, when globalization and information technologies demand a global way of thinking as well as the ability to create extraordinary value and point that value towards the world market as a whole.

One other element that is crucial for the area of Entrepreneurial Mindset and Culture in Innpulsa is the ability to break into the content industry with stories of entrepreneurial ways of life, pushing out the narratives of anti-heroes that have run the Colombian content industry until now. This is what’s going on currently with the series El Patrón del Mal (The Pattern of Evil). It’s not right for the content industry to give so much importance, so many resources and such force in telling the stories of people who have done so much harm to the country while at the same time ignoring those with big dreams. Good people in Colombia remain anonymous.

We also want to delve into the issue of failure. We want to transmit those stories. On the one hand, these narratives of economic loss help others to avoid making the same mistakes. On the other hand, and most importantly, it is necessary to start to incorporate failure and errors as normal elements within the process of creating a company. Mistakes need to be accepted more naturally and with less emotional charge. In Colombia, those who fail at building a business face a social stigma. The country’s bankruptcy laws aren’t flexible, which is also problematic. What ends up being said about failed entrepreneurs is that things went poorly because they didn’t get a good job or left the position they already had.

All of these themes related to a change of mindset and the construction of positive stories about the creation of businesses are what we are looking to take on with Innpulsa. We want to foster entrepreneurial culture and render it one of the most visible faces of the country. Enough already with telling the stories of our tragedies and believing that our current reality is the only one possible.

Aleyda Rodríguez: What message do you have for all those considering starting a business or individuals who have already embarked on such a mission?

Marisol Camacho: I would say to take chances. It’s not necessary to hold so tightly to the idea of a stable job. There’s nothing to lose, so jump in. Obviously it isn’t the easiest path to take, but creating a business is, among other things, a way of helping to build the country we all want.