When we talk about technology and business epicenters in Brazil, we rarely, if ever, stray away from São Paulo and Rio de Janeiro. The importance of these locales in the country and region has been drilled into our hard drives, so much so that we can easily fail to notice the exciting things going on elsewhere.

We’ve picked up on the noise the city’s been making lately, with the upcoming Campus Party Recife and the announcement of C.A.I.S. do Porto’s new incubation class. And yesterday, we had the opportunity to speak with the man behind much of the buzz – Francisco Saboya, president of Porto Digital.

Porto Digital is a Recife-based technological park focused on development in information and communications technology (ITC) and creative economy. The organization boasts the presence of 200 companies and over 7,000 employees in the areas of software and technology. Its revenues reached one billion reals (about 500 million dollars) over the past year.

During our chat, Saboya touched on a number of themes, highlighting Porto Digital’s creative economy endeavors (a topic he’ll be speaking about at Campus Party Recife), the incubation process and the future of Recife and Porto Digital in the Brazilian ecosystem. 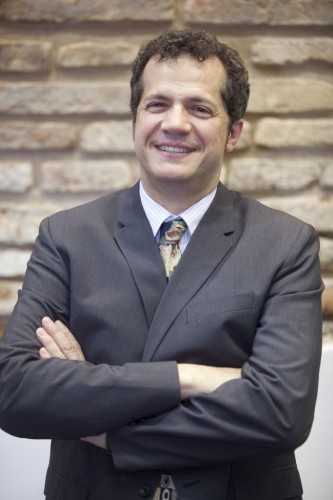 We opened our conversation discussing Porto Digital’s work in creative economy, what Saboya referred to as the technology park’s second arm. He and the Porto Digital team started to work in the area about a year ago and have just made the announcement for the launch of Portomídia, the organization’s incubator for creative economy projects.

Portomídia is an 18-month incubation program tailored to enterprises hailing from six main areas: digital games, multimedia, cinema-video-animation, design, music and photography. Nine projects will be chosen to participate in the first leg of the program, from which six will be selected to complete phases two and three.

Saboya explained that Portomídia will have four main components. First, capacitation, in a complex with the space and equipment necessary to educate participants. Second, entrepreneurship, with an approach focused on professionalizing an environment that is now generally informal and immature. Third, space for experimentation, with labs and studios for work with images, animation, sound, interactivity, design and music. Lastly, a place for exhibition, where teams can put their products on display.

With Portomídia, Porto Digital is looking to do more than foster the creation of new and innovative ideas. Organizers are also concentrated on the formalization of the creative economy ecosystem in Recife, which has generally been quite dispersive and weak. Saboya highlighted the importance of the economic components involved in the incubation process and the necessity of business models with the possibility of generating real revenues. He was adamant in the belief that creative economy in Brazil seriously necessitates a move towards formalization and a more business-focused mindset.

The Portomídia incubation program’s main goal will be the entrepreneurial education of participants, providing them with knowledge in areas like accounting, business organization and finances. Leaders will take the time necessary to create a solid organization, strategy and team surrounding a well-developed product.

While Porto Digital has generally stuck by the incubation method over the years, Saboya told us that they were now looking to other horizons as well – namely, acceleration.

Porto Digital will launch its first acceleration program sometime next December or January and is now working out the details of the process. As the Recife ecosystem becomes more complex and sophisticated, Porto Digital’s move towards acceleration is a sign of adaptation.

Saboya explained that risk capital does not have a strong presence in the region. However, Porto Digital is looking to change that and attract investors, already having at least four groups lined up for participation in the organization’s accelerator. Saboya named telecommunications giant Oi and investment fund Criatec as potential partners and participants.

Moving beyond our discussion of Porto Digital’s specific measures and actions in incubation, acceleration and creative economy, we moved on to discuss more general issues and address a few pressing questions. Why Recife? Why creative economy? Why now?

Recife has a strong tradition in information and communications technologies, fueled in part by the Pernambuco state government’s impulse of the area’s growth. Saboya believes that Recife is better-positioned for ITC than São Paulo and Rio de Janeiro, offering a space not found anywhere else in the country. Recife offers great conditions for technological expansion, and an increasing number of corporations (Saboya mentioned telecommunications company Vivo) are recognizing the opportunity.

Saboya outlined the new attention given to creative economy in the area as a result of the innate characteristics of the city of Recife itself. A creative and dynamic metropolitan center, Recife boasts a rich culture of cinema, music and audiovisual production that is recognized throughout the world. When looking to shift to an area beyond ICT, Porto Digital recognized the critical mass already present in Recife and Pernambuco as a whole for creative economy.

In closing, Saboya touched on the how essential it is for Recife to capitalize on this moment and use the momentum gained from it to continue on its path towards becoming a dominant technological ecosystem in the country and in the world. While the arrival of an event like Campus Party is exciting, it must be viewed as something greater than a fun festival that takes place and then disappears. Moving forward, Porto Digital and other ecosystem leaders have to continue on with their work, which is why Porto Digital will invite winning projects to its incubators. Other government-sponsored challenges will also likely take place following Campus Party to ensure continuity.

While Recife is certainly on the right track, Porto Digital leading the way, Saboya’s message was clear: an essential serious and business-focused mindset must be fostered. Campus Party is just one stepping stone in Recife’s path towards consolidating its place in the world technological ecosystem.