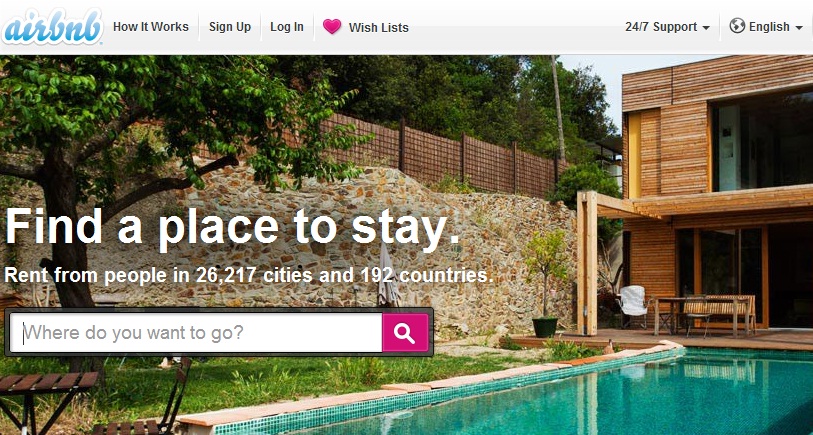 There are few specifics to define the threshold passed when a startup becomes a full-blown business. There is no clear moment at which an entrepreneur can say, “We made it.” But when online accommodation marketplace Airbnb announced reaching the milestone of 10 million nights booked on the site, it’s safe to say that the company is now on new territory. What’s more, we’re pretty sure that Latin America, specifically Brazil, had something to do with it.

Airbnb set its sights on Brazil upon closing its Series B funding round in July of last year, during which it raised US$112 million. Brazil is one of Airbnb’s fastest-growing markets, with over 33,000 guest nights being booked in Brazil in 2011 – a 1400% increase from 2010. Capacity is evolving alongside this growing demand as well, with over 200 new Brazilian listings posted per week. And Airbnb’s success with the Brazilian market hasn’t just come from foreigners seeking accommodations in the country – Brazilians themselves are also booking through Airbnb, reaching 52,000 nights in 2011.

In light of such statistics, Airbnb opened its offices in Brazil in April of this year. Now, nearly 20,000 properties are listed on the site across Central and South America, and 90,000 nights have already been booked in Brazil. It is reported that Brazilian Airbnb hosts have made over R$2.5 million (US$1.22 million) to date.

Airbnb co-founder and CEO Brian Chesky talked to us at PulsoSocial about what’s behind these numbers, touching on the past, present and future of Airbnb in Brazil and Latin America.

Emily Stewart: How is the office in Brazil set up? How do you expect it to work in terms of expansion into other Latin American locales? Will you be setting up smaller offices in other locations?

Brian Chesky: Right now the office is set up to serve as the hub for all of Latin America. The office is primarily working on customer engagement, and several people speak multiple languages, including Spanish, so that we can communicate with users across Latin America. At this time we have no plans to expand into other locations.

ES: As of June, 90,000 nights were booked in Brazil with Airbnb, and over 11,000 listings were created. What numbers are you expecting to see for the rest of the year and into 2013, and how do you plan to get there?

BC: We expect that Brazil will be one of the biggest markets for Airbnb in the world. The upcoming World Cup and Olympics will put a spotlight on Brazil, and Airbnb will be a great way for travelers to experience the real Brazil and for average Brazilians to rent out their place and make some extra money. We also recognize that there is a shortage of accommodations for major events like these — Airbnb is the solution to this shortage. We plan for Airbnb to continue growing simply by continuing to provide the best experience we can for our growing community in Brazil. Every day we are seeing more hosts in Brazil, more travel to Brazil, and more Brazilians using Airbnb to travel outside of Brazil. We expect this growth to continue.

ES: What are your expectations for Airbnb in Brazil and Latin America over the next five years?

BC: We expect that Brazil will be one of our biggest markets in the world. Brazil is already a world-class tourism destination, but the upcoming World Cup and Olympics will really shine the spotlight on the country. Airbnb will be the best way for travelers to experience the real Brazil when they attend those events, and Airbnb can be the solution to the accommodation shortage that is currently happening in places like Rio. Also, we see that more and more Brazilians are using Airbnb to travel abroad. As the economy in Brazil continues to grow, we anticipate that growth to continue. We also feel that Latin America, as a whole, will be a vital region for us. We are already the market leader in places like Brazil, Mexico, Argentina, and Chile, and we expect that growth to continue as well.

By the looks of things, Airbnb won’t be going anywhere anytime soon – it has most definitely arrived.