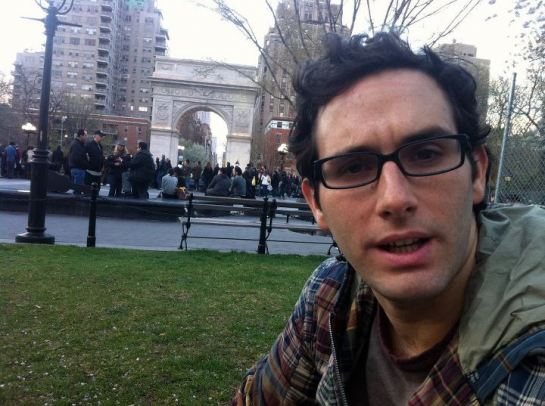 In continuing with the presentation of the speakers who will give life to PulsoConf 2012, we would now like to introduce you to Pedro Torres Picón, who attendees will have the pleasure of meeting in Bogotá next September.

Founder and Director of Quotidian Ventures, Picón is a Latin American entrepreneur and investor based in New York. He has acted as a technology business investor since 2004, having made over 40 investments in real estate, management, digital and mobile enterprises. In 2010, he opened Quotidian, one of the most active funds in the Latin America technology scene. Its most notable investments include Inbed.me and Idea.me.

PulsoSocial’s Clarisa Herrera spoke with Picón to get an idea of his perspective of the current technology outlay in Latin America.

Clarisa Herrera: What do you think is behind this shining moment for Latin American accelerators and incubators?

Pedro Torres Picón: Technology businesses have reached a point at which there are few obstacles in the creation of a product that has the potential to be used by millions of people and generate millions of dollars. In Latin America, there are many people with the talent and drive necessary to create such businesses, but we are still lacking an ecosystem that supports these individuals through mentoring, seed capital, etc. In turn, most businesses never see the light of day and die out quickly. All of the accelerators and incubators emerging right now claim to have the answers to this problem, focusing on creating fast-growing companies and providing them with the support necessary to take the next steps towards expansion.

CH: What balance between expectations and results do you experience at Quotidian Ventures?

PTP: Quotidian Ventures was created in 2010 and initiated operations formally at the beginning of 2011. Since that time, we have made 35 seed investments in the United States, and two of our companies have been acquired, one by Salesforce.com. The other is about to be announced. We have high expectations for our growing portfolio, and I am confident that the best is yet to come.

CH: What types of businesses do you think will satisfy market needs over the next few years?

PTP: We need two types of businesses in Latin America. First, those that can provide basic infrastructure for web services (e-mail, online and mobile payment, APIs that permit easy web service integration, etc.). Second, businesses that think of the bigger picture and that can’t be characterized as logical enterprises with linear growth. We need illogical and revolutionary businesses that can grow exponentially. In order for this to happen, what’s necessary is a support network that considers failed attempts as valuable lessons instead of motives for punishment. The investment community has to share this vision as well.

CH: In your mind, what is it that is slowing down investments at a regional level?

PTP: There is still a perception out there that Latin America is insecure and lacking in transparency. Simple things like the inclusion of pictures, social network identities and biographies of founders on a company’s websites would help to bring about more transparency. Accelerators and incubators can also help with these issues. I also think that there is a significant scarcity of angel investors willing to place their bets on small, high-risk businesses given the realistic expectation that many will fail and perhaps one in 10 will prove a lasting enterprise. Angel investors must be educated to have realistic expectations and develop positive relationships with entrepreneurs.

CH: Where does each country stand in the Latin American startup ecosystem?

PTP: Latin America needs to come together as a market in order to have the most impact possible among its 600 million inhabitants. Brazil may be the market today, but the rest of the region is growing rapidly and will surely be the market tomorrow. All of these countries must offer legal security to investors as well. I think that the entrepreneurial spirit in Argentina is contagious, and Latin Americans are naturally inclined to undertake challenges, take risks and seek out creative solutions for real-life problems.

What we need now is complete tenacity in the face of adversity. We can’t be afraid to fail, to change paths, to recognize our errors and think big without leaving behind the day-to-day of doing business.