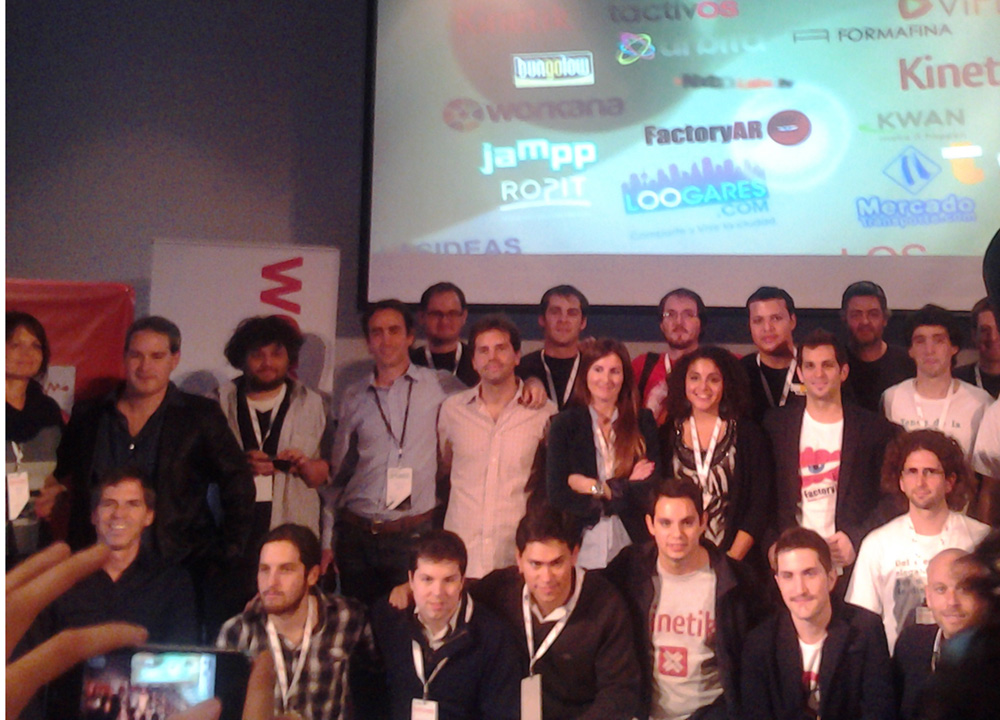 NXTP Labs hosted its second Demo Day at Buenos Aires’ La Rural this morning. Not only were we at PulsoSocial in attendance of the event, but we hosted a live broadcast via the PulsoSocial website. The lab’s class of 16 startups taking part in Experiencia Endeavor presented their projects, outlining the past, present and future of their enterprises and appealing to one specific group that will prove essential to their survival down the line: investors.

A Premier Latin American Accelerator with Past Success

NXTP Labs is an Argentine seed fund and accelerator that supports technology startups by way of funding, mentoring and community building. It invests up to US$25,000 in each project it selects in return for a small share of the company (generally 5-10%) and accompanies the enterprise throughout four months of work and incubation.

Last year, the acceleration program had its grand debut, completing its first four-month process with 15 projects in total. Its inaugural class included The Social Radio, Tienda Nube and YoQueVos. Following the first NXTP Labs Demo Day last year, 60% of the startups that presented received funding, and those investments remain alive and well today. In fact, one of the startups (the identity of which has not yet been revealed) is currently undergoing valuation.

An International Second Round

The NXTP Labs management team expects even greater success this year from the 16 startups currently completing its second round. Today’s entrepreneurial context is ideal for those looking to start a technology business, and there are tons of opportunities – especially in emerging markets like that of Argentina and Latin America. This couldn’t be made more evident than by the fact that 40% of NXTP Labs’ second class of entrepreneurs hail from places outside of Argentina, including Chile, Italy and the United States.

This second class of startups ran the gamut when it came to stages of development. While some were just getting off the ground, others were in beta stages, public and private. A few were already up and running, generating revenue, making sales and growing a client base. This will surely play a part in investors’ decisions when evaluating business models.

All of the presenters demonstrated enthusiasm and professionalism while pitching their companies, the majority of which did so in their second language as Demo Day was held in English (an admirable endeavor for some very brave souls).

The 16 startups of NXTP Labs Demo Day, round two, were:

FormaFina, a flash sales home decor e-commerce platform. Generating revenue as of May.

Mercado Transporte, a shipping marketplace that brings consumers and shippers together. Selling.

Mural.ly, a digital canvas for visual thinkers who work best in a collaborative space. Private beta.

ViFlux, a community that connects companies with audiovisual professionals to create videos. Selling.

Beyond what we learned about the startups presenting, we also picked up some facts and figures on the Latin American technology market on the whole. We learned that consumers spend an average of US$24 per year on mobile apps, 70% of which goes to developers. The user authentication market brings in US$2 billion annually and grows 30% each year. E-commerce in Latin America grew by 40% in 2011, and the mobile apps industry boasts a 268% growth rate – higher than any other industry right now.

Demo Day was definitely an interesting and enriching experience. Inscriptions are open for NXTP Labs’ next round of acceleration, which will kick off in August. Those interested in signing up can do so here.

And if you were unable to attend today’s event or watch it streaming live, you can find a recording on the PulsoSocial website’s Demo Day section.