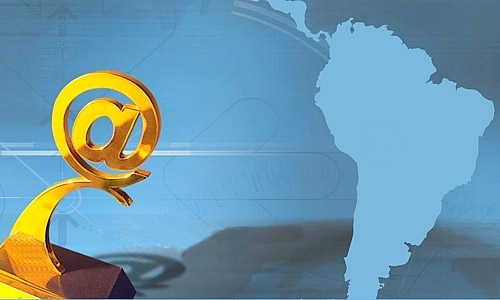 All parties involved in the startup community are interested in maximizing the digital economy, but as a region, Latin America faces certain obstacles in doing so.

At the Google Press Summit held in Santiago, Chile in May, Google Latin America Director Adriana Noreña spoke of the results of a recent McKinsey & Company study on Latin America (one we already discussed with specific reference to Argentina’s internet ecosystem). Noreña assured the audience that “16 new companies are created online every hour in Latin America.”

While you’d be inclined to think that this fact reflects Latin America’s internet strength, its impact on the regional economy, is at the moment, quite insignificant. “For Latin America, the internet represents an average of 2.3% of the GDP, while in developed countries, that number jumps to 21%. There are two main reasons for this: lack of infrastructure and economic shortcomings,” commented McKinsey & Company representative Juan Bertiche.

Noreña indicated three areas for improvement in the region in order for the internet to grow: more Portuguese- and Spanish-language content, a push in e-commerce, and the education of users on internet use. On top of that, we can also add the persistent digital divide and the high cost of technology.

The scarcity of Spanish-language content online poses a big problem for Google, which Victoria Campetella, Latin American Advertising Solutions Communications Manager, explained. Campetella remarked that the Spanish-language content available in Latin America per-user is very low when compared to other regions, which is inconsistent considering the size of the Hispanic population worldwide. Even keeping the existing digital divide in mind, the Hispanic user “consumes” content but remains passive in terms of actually generating it.

To grow the regional web ecosystem and push forward the generation of more startups and technology companies, the digital and educational divide in Latin America must be addressed. Both infrastructure and strategy must be further developed. A few cases of measures already being taken are Computadores para Educar (Computers to Educate) in Colombia, Ceibal in Uruguay, and Conectar Igualdad (Connecting Equality) in Argentina.

The latest report on information and communication technology (ICT) presented by the World Economic Forum in April indicated that Latin American countries are still a long way away from making real strides towards reducing the digital divide when compared to other countries. With infrastructure and broadband access lacking, in combination a public that’s received little ICT training, it’s no wonder that no country in Latin America or the Caribbean falls within the top 30.

“The upper half (with the most resources) of the population has been connected by ‘the market,’ the investments and competition between different ICT service and product companies – the upper-middle class. For the bottom half and lower classes of the population to be digitally included, we’ll need public policies that are facilitated by actual technological changes. Inclusion will also require reduced costs and simplified use,” Alejandro Prince told us recently with regards to what remains pending in Latin America (digital divide and government).

Throughout the Google Press Summit, McKinsey & Company’s rep insisted that costs are the main roadblock in the complete development of the internet in Latin America.

The Regional Broadband Observatory of the Economic Commission for Latin America and the Caribbean (CEPAL) confirms this argument. In its annual estimate, the institution compares the average rates for a connection of 1Mbps (megabits per second) of fixed broadband and its cost in relation to the average monthly per capita GDP (in other words, comparing the cost of basic internet speed with the average amount of money a citizen has to spend each month).

Results indicate that Bolivia is the most extreme case, where 1Mbps costs almost US$90 – more than 50% of the country’s monthly per capita GDP. In Paraguay, the cost is 8.55% of GDP, and in Peru, it is 5.19%. For the purposes of comparison, it’s important to keep in mind that this number is 0.18% in Spain and 0.16% in Italy (you can find the complete ranking here).

Elevated costs are largely related to the types of technology being used to connect to the internet –technology invented in developed countries that is not produced at a level necessary in Latin America to reduce prices.

An AméricaEconomía Intelligence study commissioned by VISA indicates that e-commerce grew 42.8% in Latin America in 2011, reaching US$43 billion. This is a huge jump – a 98.5% increase, in fact – in comparison to 2009, when e-commerce revenues were US$22 billion.

More specific information aired at the Santiago Google Press Summit indicates that in 2011, USD$5.2 billion were made in music sales, US$2.5 billion in online movies and television, and US$3.2 billion in eBooks.

The same report also holds predictions, estimating that e-commerce in Latin America and the Caribbean will grow 26% in 2012 and 28.5% in 2013.

Similar conjectures also bring more good news. McKinsey & Company’s report estimates that online business will reach US$ 4.2 trillion among G20 members by 2016. And each year, internet penetration increases in the emerging countries, including Brazil and Chile. In five years, the number of users in those regions went from 379 million to 976 million, and by 2015, that number will likely pass 1.1 billion.