With a website that sparks more questions than it does answers, F.ounders is vaguely self-described as an “annual private gathering for 150 of the world’s leading tech company founders.” Bloomberg’s explanation proves even more elusive: “This is Davos for geeks.”

F.ounders is perhaps the most exclusive event in the technology community. Past attendees include Eric Ly of LinkedIn, Jack Dorsey of Twitter, and even Bono, U2 frontman and social activist who also founded the private equity firm Elevation Partners.

This year’s annual F.ounders meeting is set to be held in New York City’s Time Square this week, partnering with NASDAQ, PayPal and Goldman Sachs, among others. Though the event has traditionally been held in Dublin, Ireland, this year, organizers decided to shake things up across the pond. 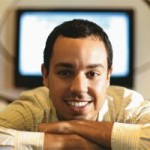 Though details on this upcoming meeting are fuzzy, we do know that it will be taking place on Thursday the 14th and Friday the 15th of June. Head-honchos from Tumblr, SurveyMonkey and AOL will be in attendance.

We also have one exciting piece of news to share about the event – Brazilian startup king Gustavo Caetano has been invited and will be the only Brazilian to speak at the event.

Caetano is the President of the Brazilian Association of Startups and CEO of Samba Tech, the leading online video platform in Latin America that offers a wide range of solutions, from livestream to video ads. He will serve as a Latin American ambassador for CEOs from around the world in his presentation on the region’s startup panorama.

Stay tuned for updates from PulsoSocial to find out more about Caetano’s experiences at F.ounders and his conclusions as to the future of the startup community in Brazil and Latin America.