One recent venture of Silicon Valley veteran Andy Kieffer is AgaveLabs, a company that develops apps usually aimed at the iPhone. AgaveLabs is dedicated to turning ideas into products and getting funding for them in the United States, working alongside its clients and and accompanying them in their growth.

The collective perception is that money is everywhere in San Francisco, but this isn’t always the case – especially for Mexican companies seeking funding in the U.S. Today’s San Francisco investors have lesser funds than those of the past. Today’s investors have $100K – $200K in funds, while investors from 10 years ago generally held about $600M in funds. The problem is that new investors are often unfamiliar with the environment.

It’s the first investor that’s the real challenge, because once your company gets one investor, it can get 100 more investors. If one investor thinks you have a good idea, then the others will be more inclined to believe the same. 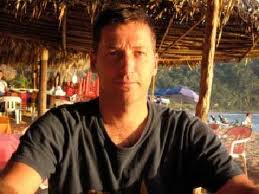 How does one get funding from a U.S. investor? There are three basic paths to getting funded. The first one is to already be a rock star, like Mark Zuckerberg, who started a company and has a track record that shows that the company has been succesful with one of its investors. The second path is to have a friend or acquaintance who is a venture capitalist in San Francisco that will do you the favor of being your lead investor. The third path to getting funded is to reduce the perceived risk, a task to which AgaveLabs is dedicated.

In order to do a better job at getting funded, companies need to present themselves in a way that reduces the perceived risks. This presentation needs to be straightforward and to-the-point. The two-page executive overview has to have a simple and interesting tag line (similar to an elevator pitch) and demonstrate why people would use the product, how it works, where revenue will come from, where the company is and who is involved. The shorter the executive overview, the better off the company is.

Subsequently, the company needs to create a sense of momentum, a feeling that your company is going to be great even if the possible investors choose not to participate. You never want to make your business reliant on the funds you are looking for; it is better to invite them to come along if they wish. It is important that companies just go. They need to get active before the money arrives. It is important to show investors that your product is already in progress and that you’re not waiting for their permission to start.

A success example from AgaveLabs is TastemakerX, a mobile social game that lets you express yourself  by trading your favorite artists and bands. Another company helped by AgaveLabs is ShotStrip, a concept similar to Instagram that shares pictures in a storytelling style. ShotStrip experimented with changing the description of the app until they were able to receive more downloads, demonstrating that creativity and flexibility are vital when appealing to U.S. investors.