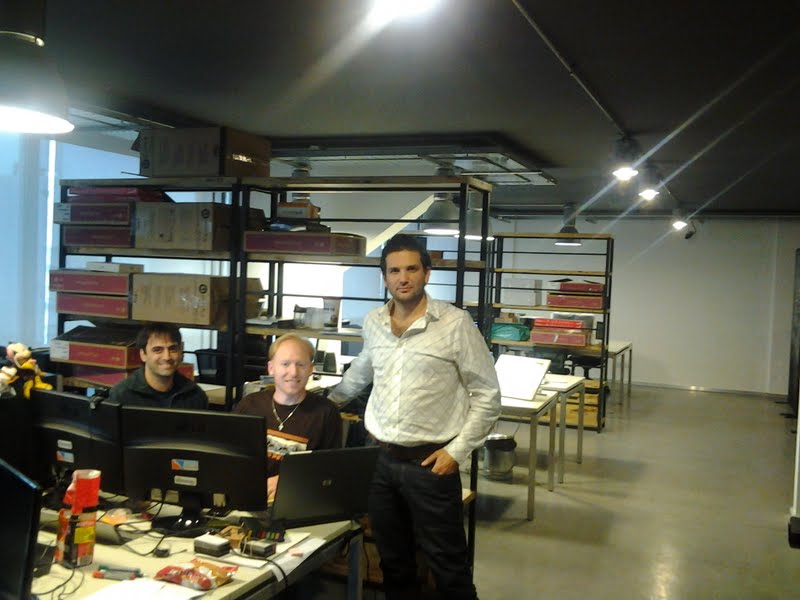 Wayra Argentina is getting ready for its second round of technology startup acceleration. And while there is obviously a lot of excitement surrounding the announcement, it’s also a time to reflect on the goings-on of round one. What mistakes were made? What could be done differently? What will be evaluated in the businesses to be chosen?

Andrés Saborido, local leader of the Telefónica accelerator, spoke with PulsoSocial’s Maca Lara-Dillon about it, the conclusions of which you’ll find below:

MCL: What worked and what didn’t? What do you think should be replicated from the first round, and what changes should be made?

AS: First and foremost, I need to make a division between the selection process and acceleration itself to answer these questions accordingly. In order for a startup to be successful, good decisions need to be made in both phases.

In the first acceleration cycle, we realized the importance of the team – I know it sounds a bit cliché, but in dealing with the day-to-day, you really come to understand that the team is fundamental.

We got to see first-hand how good teams, even in greener phases, achieved more than other teams weren’t quite in sync, despite having more advanced products. Solid teams were better able to validate their business ideas – a perfect example of this is Polisofía.

On account of this observation, one thing that we’re going to do differently now is to hold meetings with those groups with the most promising projects prior to WayraWeek so that we can get to know them better and evaluate their abilities as a team. We’ll be choosing 20 finalists this time, as opposed to 30, and we’ll kick off acceleration in July.

The acceleration process confirms how important it is for these teams of entrepreneurs to be able to leverage the assets and capabilities of the Telefónica group. In the past cycle, those businesses with products that were able to find opportunities within Telefónica closed deals that made an impact on their growth. Resermap, which has reached a client base of about 1.5 million through Speedy, is a great example of this. The same is true for Codealike in its deal with Microsoft. These are real tools for acceleration.

The agreement with MIT has also been an important alliance. Epicrisis, for example, has benefited from it significantly and is now working with a team at Harvard.

What we’re also doing differently is that we’re bringing in people from important brands and businesses within the group, and just more businesses in general, so that opportunities can start to be identified right away.

MCL: How did the business models of the first-generation Wayra Argentina companies change?

AS: Of the 10 coming out of it now, five have maintained the same business model. Three others have made adjustments, and two have changed their business models entirely. This speaks to the work of their mentors.

That being said, coming in with a valid business model is vital for taking full advantage of the opportunity Wayra represents. Starting from scratch is not at all ideal.

For a company that’s just started to figure out its business model, the time at Wayra will be too short. A fundamental part of taking full advantage of the acceleration process is having a fleshed-out business model.

Of course, we do leave a window open for revolutionary ideas and proposals, but I must insist that an idea of profits is still needed.

MCL: Among those applying for this second cycle, have you come across projects that have already gone through acceleration processes?

AS: Yes – not only in Argentina, but also in other countries. This is an especially interesting question, and I have my own opinions about the issue. I think such a background could be very positive or very negative. It’s something to pay attention to.

AS: It’s something that necessitates careful evaluation – if not, we may end up subsidizing something with no chance of taking off. If the business needs constant support and back-up because its model can’t be defined, or if it’s simply not self-sustaining, it’s a negative. But if clear progress was made in previous acceleration and program methodologies match up, it’s a positive.

MCL: Do you have any examples?

AS: Nxtplabs. It’s very strong in digital marketing, and if the team brings that knowledge in, it will have a good chance of lining up with the opportunities provided by Telefónica, which is a good thing.

In my opinion, it’s important to be frank and honest. We all know that the entrepreneur’s path is to feed off of ideas, dreams, plans and optimism, but at the end of the day, a product has to be profitable for it to be sustained. Some may interpret this as an invitation for copycats, but I think that it’s the most natural position for a partner to take with respect to the other.

Business is business, and demonstrating the opportunity for profit is not something entrepreneurs should take lightly or put off.

Within the next six months, we’ll find out if the investment rounds in the making with four of the 10 businesses already accelerated or incubated by Wayra will be successful. That will be the final validation.