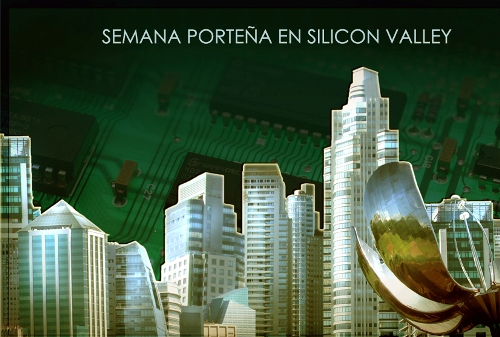 Previously, we at PulsoSocial informed you about the initiative taken by the government of the City of Buenos Aires and the General Directorate of Foreign Trade of the Ministry of Economic Development in organizing the second edition of the competition Misión Silicon Valley (Mission Silicon Valley) 2012. Following registration from May 14th to June 1st, organizers will select the 12 best businesses in information and communication technology.

Those selected will travel to Silicon Valley and attend Tech Crunch Disrupt, which will take place from the 10th to the 14th of September. This highly-prestigious affair will feature a variety of activities and events, including investment roundtables and business meetings. Buenos Aires will surely represent the vanguard of innovation and development.

Following Mission Silicon Valley inscriptions, five weekly meetings will be held starting next Tuesday, June 5th, hosted at the Centro Metropolitano de Diseño (Metropolitan Design Center). This first encounter, the attendance of which is free of charge, will serve to provide an explanation of the process that will be carried out in selecting the 12 finalists. “As these meetings go on, participants will attend chats and workshops on doing business in the destination market and preparing for meetings with potential clients, partners and investors,” said Víctor Barrionuevo, the head of the project.

In attendance of this first meetup will be a number of officials of the City of Buenos Aires as well as two entrepreneurs – Matías Rozenfarb and Martín Enriquez – who will share their own experiences with the group. Judges Silvia Torres Carbonell, Santiago Bilinkis, Andy Freire and José María Louzao will also be present.

What themes will be covered during the first meeting?

V. Barrionuevo: The experts present will tell us a bit about the importance of Silicon Valley and the state of things in this technological headquarters in terms of setting up a company. The idea is to understand how the elements converge between Silicon Valley and our local information and communication technology ecosystem. The culmination of these encounters is, of course, a commercial vision, but we also hope to generate a real chain of value throughout the entire ecosystem. We want entrepreneurs to get in touch with entities that can help them to improve their business plans, with those who know what investment funds work with the City of Buenos Aires, what types of enterprises they focus on and trends – all of this to present their projects in a better way.

For those who have been pre-selected, how will the circuit continue?

V. Barrionuevo: We’ll be at La Rural as part of Experiencia Endeavor  on June 26th. There, we’re going to work with high-impact entrepreneurs, who will describe their own experiences. This will be, at heart, a motivational chat. We are also going to announce the group of 25 pre-selected candidates, who will move on to the final elevator pitch round on July 3rd at the Metropolitan Design Center.

What kinds of projects have been presented thus far?

V. Barrionuevo: So far, we’ve received over 60 consultations and presentations, but we’re still counting on a few more given that there’s still some time left. Generally, we’ve seen a lot of proposals related to application designs, geolocalization platforms, SEO, SEM and organic searches. A few specific initiatives have also been presented involving the development of health-related technologies. There’s also some software development, the hope being having some sort of an innovation there.

The Mission has been opened up to various stakeholders in the technology industry. Why is that?

V. Barrionuevo: Our mission ranges from the startup to the company, and we believe that there are varying levels of benefits in this. Some startups have asked me if they can present even though their business plans haven’t been completely fleshed out, and I’ve replied with a yes, of course they’re invited. Even though it’s unlikely they’ll be selected, they will learn a lot throughout the meetups. The fourth encounter is on risk capital and sources of investment (angels). Even if these startups aren’t ready for acceleration just yet, they’ll have experience as to the steps involved when the time comes. Enterprises that have been around for one to three years have the most to gain from the Mission, as they are better positioned to attack the Silicon Valley market. These businesses tend to have more rigid structures. However, they still need to find a way to inject capital into their ventures and generally don’t know how to do so – this is where they reap the most benefits from this process.

The entrepreneurs and businesses interested in attending the open meetup next Tuesday just need to send a simple e-mail to misionsiliconvalley@gmail.com confirming attendance.

Those interested in participating should also take a look at the contest’s Terms and Conditions and Registration Form.