For the past four years, we’ve been telling the stories of technological entrepreneurship in Latin America, knowing that the region holds the key to the online industry’s future. Now, we’ve taken the next step, bringing Latin American entrepreneurs and Silicon Valley business to the same stage.

Today, the entire PulsoSocial team is proud to announce the most important technology and business event in Latin America, PulsoConf 2012, which is set to take place from September 28th to the 30th in Bogotá, the capital city of Colombia.

We are now calling on top entrepreneurial talent as well as investors, hackers and all those involved in the technology realm in the U.S. and Latin America to join us. Our hope is to continue to build a strong community that is prepared to face the modern technology business world at large.

Andrés Barreto, founder of PulsoSocial and Socialatom and leader of this initiative, had a few words to share on the event: 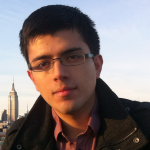 “PulsoConf 2012 provides Latin American entrepreneurs with access to investors from Silicon Valley, New York and Boston. We will also feature entrepreneurs United States, Latin America and even Isreal, who will share their experiences in the creation and development of global products – an opportunity that is within our region’s reach but of which we are not yet taking advantage. The possibility to network with global investors and entrepreneurs to be offered by PulsoConf 2012 will help us to further develop such opportunities.

We also want to emphasize the subjects of product and engineering, our objective here being to facilitate a shift from a culture of ideas to one of action. It is our goal to demonstrate how to create simple products that, farther down the line, are internationally scalable and allow for the possibility of the exponential user base growth.

In sum, the event will serve as a platform for investors and entrepreneurs from around the world to connect with their Latin American counterparts. Those who attend PulsoConf will find themselves face-to-face with a group of entrepreneurs and engineers who possess the capacity to really execute and turn ideas into fact. Everyone will walk away with a network of contacts to help them seek out co-founders, raise money, find talent and grow business.”

Want to attend? Sign up now and and reserve your ticket to Bogotá. We look forward to seeing you!

To date, we have confirmed a number of speakers, including: