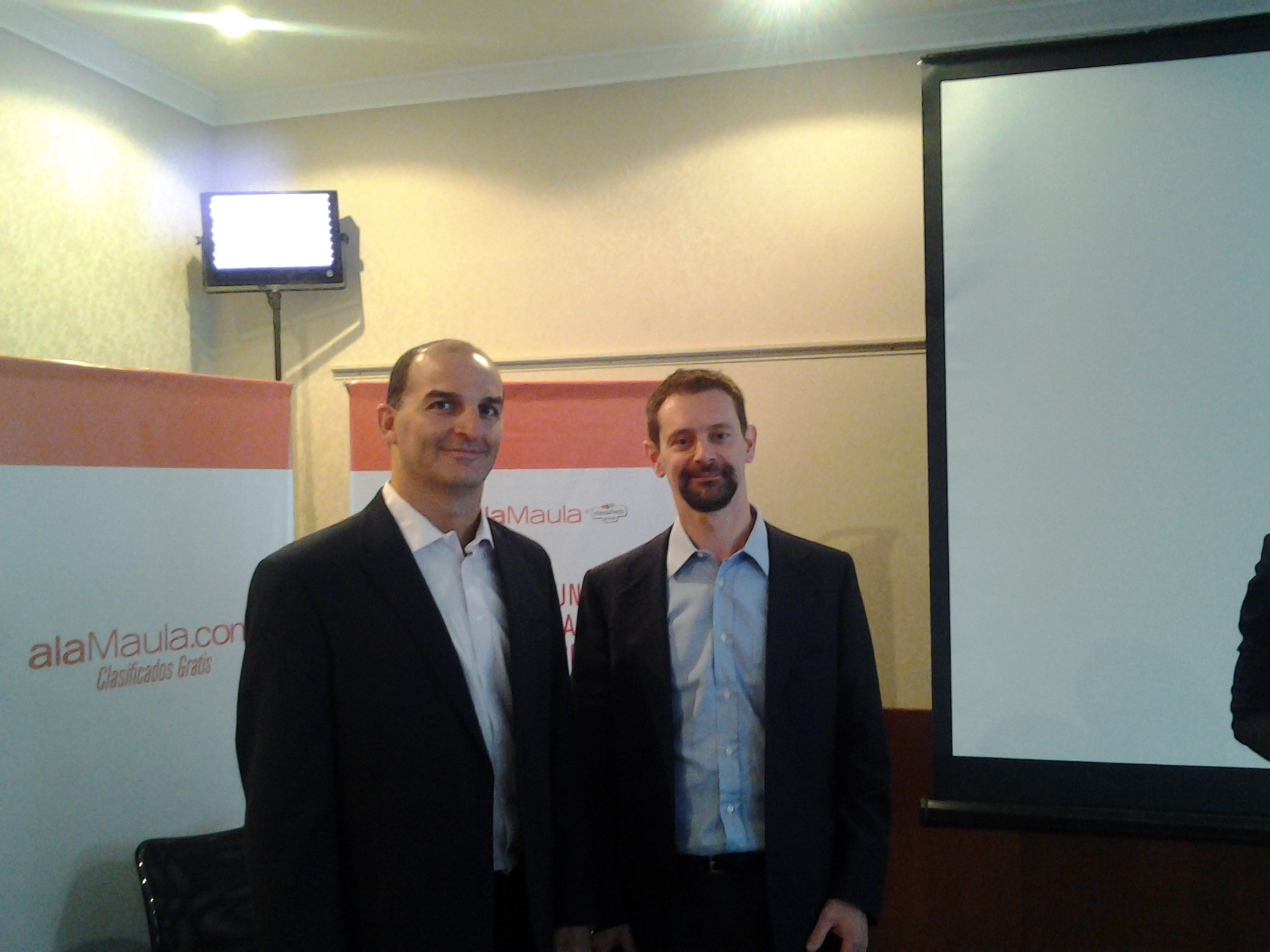 Last year, we told you about online classifieds and purchasing leader eBay’s acquisition of alaMaula. Founded near the end of 2009, the Argentine startup grew quickly and now has a presence in 10 countries in Latin America.

The always dynamic Alessandro Coppo, General Manager at eBay Classifieds Group, presented the development statistics of the company in 2011-2012. The information delivered by eBay on an international level indicate a total of 18.3 million active ads per month, 65 million unique visitors globally, six million pages viewed, and a presence in 25 countries in the region.

This data reflects an exponential revenue growth. If in 2011, five billion dollars were reported, in 2012, that amount is sure to reach eight billion.

In keeping up with the increasing force of smartphones around the world, eBay will concentrate its publicity and monetization strategies on the mobile market in 2013.

A Year of Exponential Growth

Diego Noriega, a founder of alaMaula, assured, “We are still a startup, and we still have the pile of pillows in the office around, just in case we need to sleep there.”

Noriega was in charge of explaining the behavior of eBay Latin America last year. The platform registered seven million visits per month (a 47% increase) and one million active ads, indicating an organic growth of 80%.

The information provided shows that 85% of Argentines bought and/or sold something by «unconventional» means of commerce in 2011, with women representing 55% of sellers. With regards to Colombia, eBay has the country listed as its second most important destination in accordance with the nation’s online consumer trends. Surveys reveal that 85% of Colombians prefer to do business C2C (consumer to consumer) as opposed to conventional means of commerce, and 76% of Colombians prefer to sell their used belongings instead of throwing them away.

eBay’s statistics also demonstrate that Argentina is the most “hooked” country in terms of both time spent and number of visits (growth of 110% and 139%, respectively). Colombian statistics marked an increase of 64% and 52% in accordance with the aforementioned criteria.

A year of exponential growth? Definitely. But this information also gives an idea alaMaula’s starting point a year ago, largely under the radar of the market that the company seeks to lead. In the years to come, if current trends are sustained in 2013, we’ll most likely be seeing similar numbers.

You can find the presentation of this information below.

alaMaula’s strategy is to work with commercial departments and local partners in various countries. The Argentine province of Córdoba is the heart of the startup (development, design and online positioning), while a number of partners and commercial offices will be set up throughout the region. And, following Colombia, the company will soon be looking to develop business in Ecuador.

alaMaula has also worked to synchronize its platform in a more family-friendly way, keeping dating sites out. Nevertheless, José Chama of ebizLatam was sure to make a side note regarding concept consistency and weapons classifieds on the site. A bit of an adjustment has been imposed, and not only for this page.

Brazil Isn’t a Priority – at Least for Now

We asked Alessandro Coppo about eBay’s interest in Brazil and received a rather surprising response. What are your thoughts?

Those at alaMaula know they have an uphill battle against Latin American online market giant Mercado Libre, which recently came in at number 15 on Fortune’s list of fastest-growing companies.

The competition also includes B2B solution developers. Diego Noriega confirmed that eBay Latin America will soon be launching a program for small businesses and stores. Without being able to tell us much more, he did say that the launch would take place at some point during 2012.

The English-language adaptation of this text was completed by Emily Stewart.