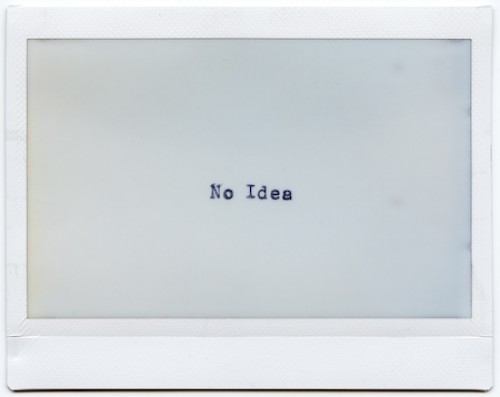 Maybe this sounds crazy. Yesterday, YCombinator -one of the most recognized startup programs-, released an application form for those that don’t have an idea.

After reading the press release on the site, it didn’t sound so crazy to me, cause is true. Most people want to create a startup, take a step into the entrepreneurship world, but maybe they don’t have a clear idea… yet. All you have to do is prove that you or your team, can be good founders, and YCombinator will help you.

YCombinator had experiences before:  «(…)a lot of the startups we accept change their ideas completely, and some of those do really well.», they explain in their release.  And they think: why don’t give it a shot? If Reddit‘s first idea was order food on your cellphone, you can’t be wrong, if you don’t even have an idea.

Smart people is always thinking about doing something -maybe you are imagining something right now!-, YCombinator knows that, and they want to help founders of new startups to come up with good ideas -that already were there-, and put them in practice with the summer program.

All you have to do, is apply with no idea, before March 28. The selected groups or persons will be announced on April 16.

Some startups that began their journey in the entrepreneurship road with YCombinator are:  Dropbox, Scribd, Disqus, Justin.tv or Posterous, to name a few. So, what are you waiting for? Join the list and become an entrepreneur with this great NO IDEA opportunity. Scott Allen didn’t err when he said, done is better than perfect.

«A good startup idea is simply a significant, fixable unmet need, and most smart people are at least unconsciously aware of several of those. They just don’t know it.»