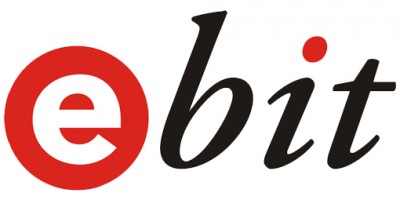 We have been announcing several investments in the Brazilian e-commerce startups, including investments from some of the most traditional funds in the world, such as Tiger Global, Accel Partners, Intel Capital, just to mention a few. The numbers of this industry announced yesterday by e-bit confirms the potential.

According to the report presented yesterday by e-bit’s CEO Pedro Guasti, the Brazilian e-commerce reached R$ 18,7 billions (about US$ 10.5 billion) in sales in 2011, a 26% growth compared to 2010. The emerging middle class represents 61% of the new 9 million e-consumers, that expended R$350 (about US$ 195) on average. Last year, 32 million consumers have bought at least once via web.

The numbers are in the 25th edition of the WebShoppers report, produced by e-bit with the support of the Câmara Brasileira de Comércio Eletrônico (camara-e.net, Brazilian Chamber of E-Commerce) and Fecomercio (the federation of goods, services and tourism of São Paulo State).

The consumers’ preference for more expensive goods is steady, but the report detected a growth in the fashion goods sales, initially the most complicated category due the need of an “offline trial. As the retailers started to provide more info for the consumers and the possibility of free shipping back in some of the online stores, the sales started to grow. The top ranked categories are appliances, computer goods, electronics, cosmetics & personal care and fashion & accessories.

Another highlight is for the daily deal businesses, such as Groupon and Peixe Urbano: 9,98 million e-consumers, 20,49 million tickets sold and R$ 1,6 billion (almost US$1billion) in sales. Probably because of the product mix offered, 64% of those consumers are women.

As price is one of the most important criteria in the e-commerce space, Buscapé Group has launched the FIPE Buscapé Index, a monthly report that analyses 1,3 million of products in the Brazilian e-commerce. The good news: we had a deflation of 9,75% between February 2011 and February 2012.

Despite the effects of the crises in Europe, the lower growth rate of China and the recovery process of the US economy that must affect the retail industry all over the world, e-bit is expecting a growth rate of 25% in the Brazilian e-commerce in 2012. Those risks can be offset by government incentives reducing the taxes and the interest rates reduction.