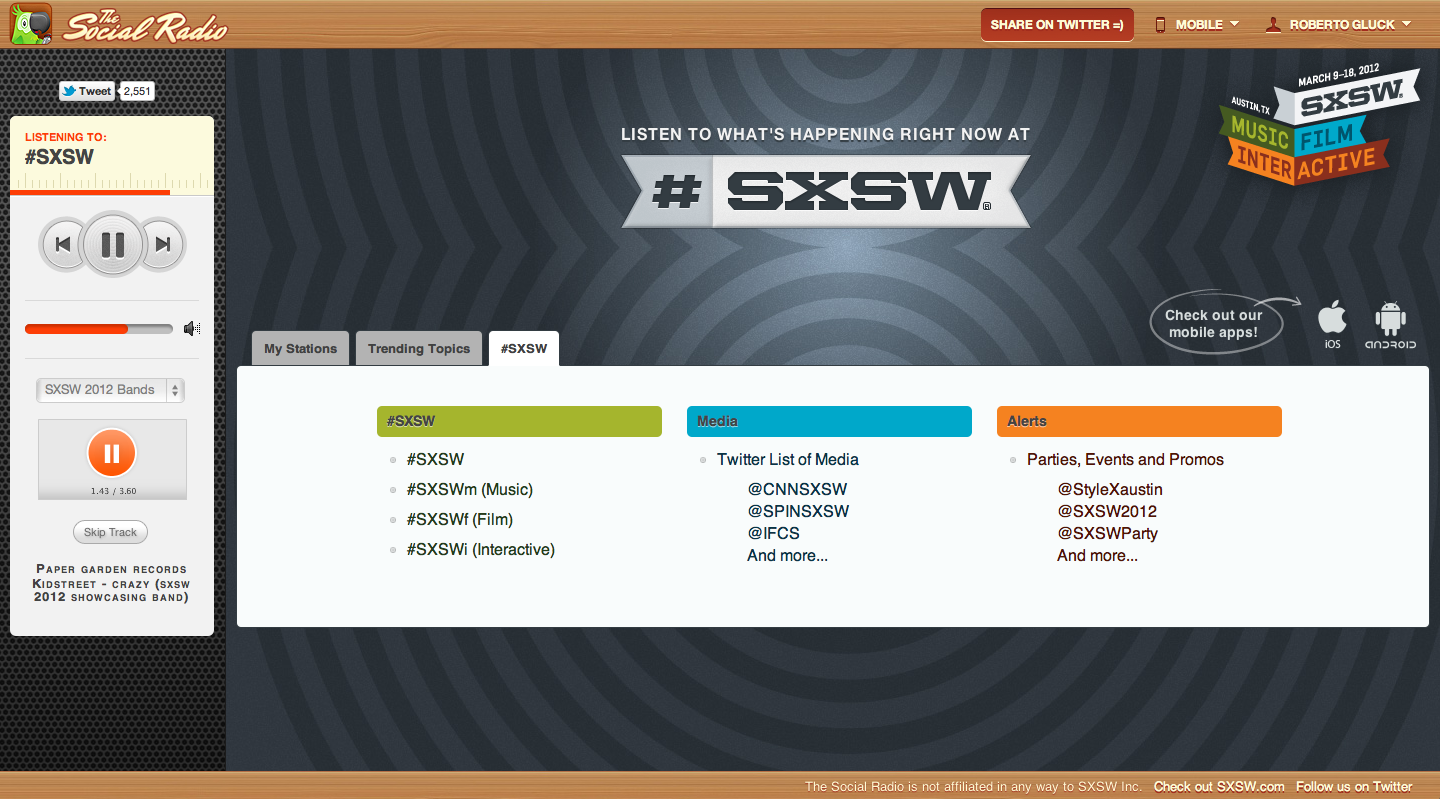 Today,  our favorite parrot has launched the SXSW 2012  version for it´s platform for free. The product allows to listen all the tweets of  SXWS news, announcements and tips contained in the #SXSW Twitter  hashtag (and related), mixed with  music of bands that’ll participate on the event this year in background.The combination is possible because the  the integration of  The Social radio  with Soundcloud.
Let’s remember that the tool converts the user’s twitter stream into a radio-like experience. With multi-language voice support (English, Spanish, Portuguese, French, Italian, German), users can listen to their Twitter timelines, lists, trending topics, funny hashtags and searches, mixed with the music they love on their mobile devices.
Why  the SXSW?
«Year after year, SXSW is one of the most important culture/technology events, and not everybody has the chance to get there. With The Social Radio for SXSW, people from all over the world will be able to receive the most relevant information mixed with the most trendy music, without moving from their chairs, »  says Roberto Gluck – CEO of The Social Radio, Inc.
Mobile versions of The Social Radio (for iOS/Android) will also get an special update. Hashtags related with the event will be featured, so users can listen to what’s going on in the different venues and decide where to go, making The Social Radio an essential tool to be always informed, and get the most of SXSW 2012.
During SXSW 2012 (3/9-3/18), The Social Radio for SXSW Web platform will be openly available for everyone, without the need of an invitation.
Last week, during the Mobile Premier Awards 2012, this startup launched their application for iOS .   The SWSW player it’s designed to select  topics that are associated with specific hashtags. 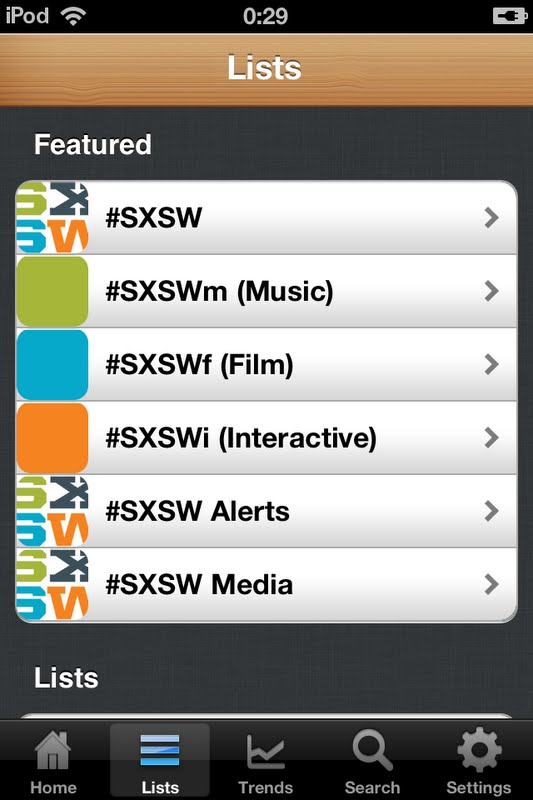