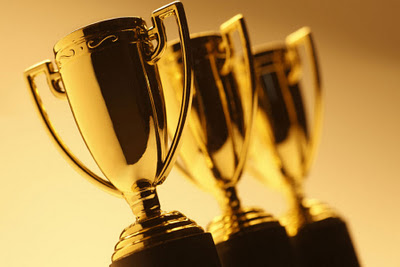 The Brazilian startup scene is having a really nice week and several were awarded in some top of the line competitions, locally and internationally. Let’s take a look on some of those results.

As featured here, the winner of PulsoSocial’s startup competition is Everwrite, a Brazilian startup that helps bloggers and journalists to discover the topics and keywords that offer real opportunities to rank high in the major search engines, which means more money and advertising profits.

Besides, 4 out of the 5 most online engaging companies among the finalists are from Brazil: Prolancer, Backpacker, Ledface and Helpin. Yes, Brazil is definitely social.

For the very first time we had a Latin American company winning one of the big awards: Peixe Urbano, the biggest daily deal offers company in the country that has been also expanding to other countries in the region. The company was founded in 2010, has now over 1,000 employees and was funded by the top institutions in the world. Alex Tabor, co-founder and CTO, was on the stage representing the team.

It was definitely a fierce competition, as companies such as Rovio (the creator of Angry Birds) were competing in the same category.

After selecting the 10 finalists, the winner was announced in an invitation-only event last night: Benfeitoria, a crowdfunding platform for projects that can change people’s life, free of charge. Dorly Neto, the “Pontífice”  (a joke involving the “Pope” word and the radical of “ponte”/ bridge in Portuguese) of Benfeitoria, in charge of building the bridges at and with the company, represented the team and has made a touching speech.

The finals had only one woman among the founders: Daniela Buono, the founder of Cia das Mães, an online store focused on mom-entrepreneurs, including lots of contents for this specific audience. I hope this result and her product can motivate other women to become digital and high tech entrepreneurs in the country!

Congrats for all the winners and we are looking forward to hearing much more good news from them and other successful startups in the following months!