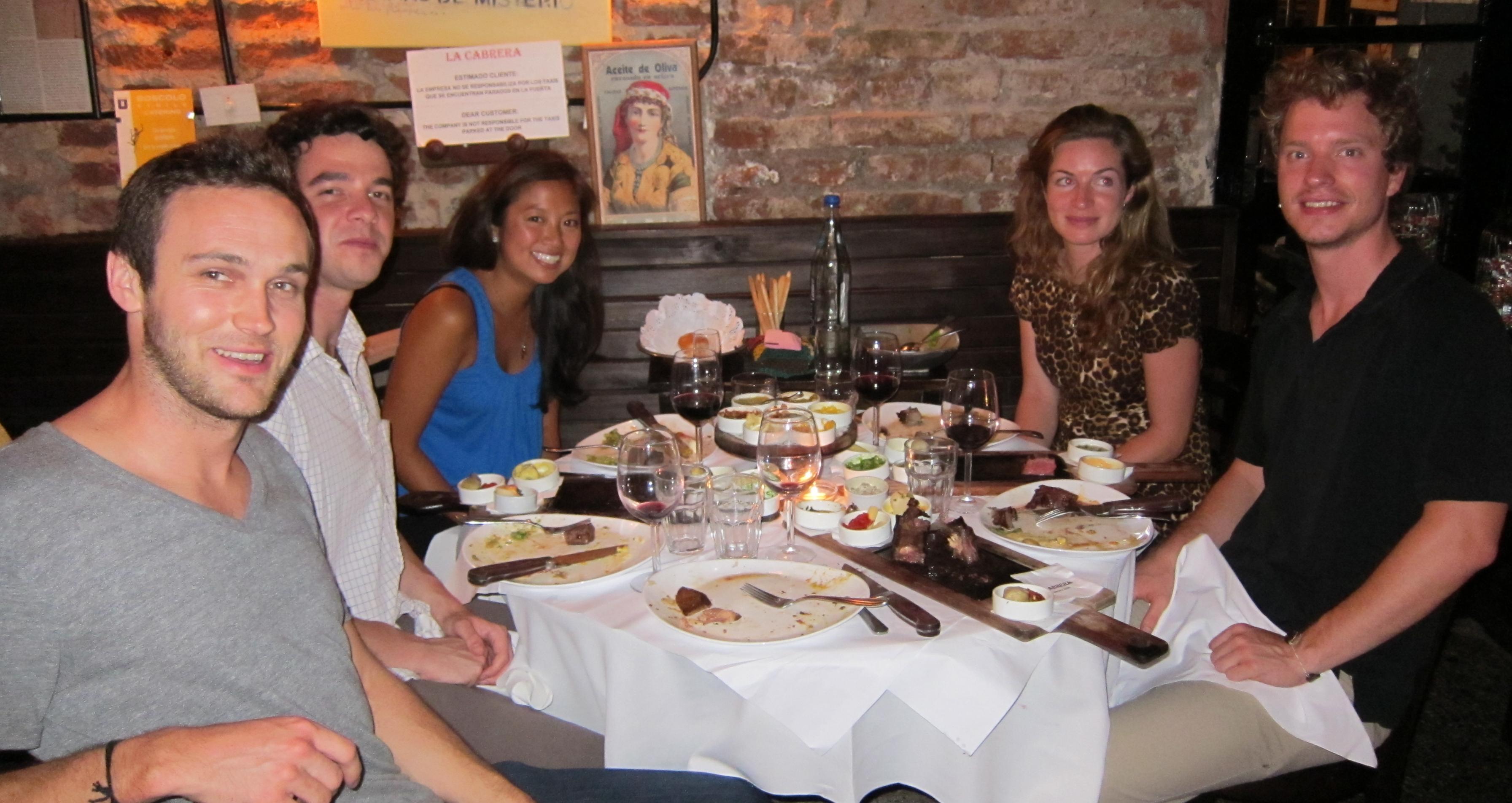 Stories about the genesis of new US startups and how future co-founders end up meeting are always fun to hear.  Nevertheless, when such stories include anecdotes about drinking moonshine with a miner in Bolivia and luxurious steak dinners in Buenos Aires, Argentina, things can really get interesting.  Such was the case recently when I spoke with Matt Walters, CTO of Seattle-based startup, GoChime.

GoChime and its three founders recently graduated from TechStars Seattle.  That experience was incredibly positive and was punctuated with the closing of a $630k angel round.  If not for the interesting manner in which the founders met, this story would be quite similar to a multitude of startup tales.

Founders of startups tend to be adventurous people and what could be more adventurous than trekking across Latin America for six months, which is what Matt found himself doing after growing weary of the day-to-day grind doing software consulting work in San Francisco in 2009.  After a friend mentioned that he’d be wedding his Ecuadorian girlfriend in her home country in several months, Matt announced that he’d be attending the wedding.

Three weeks later, he was experiencing the wonders of the yearly Carnival celebration in Florianopolis, Brazil.  After a month and a half, he ended up in Buenos Aires, Argentina and started to meet adventurous souls such as himself who had come from the states (some also from San Francisco) to set up software outsourcing companies (e.g., mobile, etc.) in the country.

One night, while enjoying some of Argentina’s famous steak in a well-known local restaurant, he met his future co-founder, Austin Evarts.  In addition to their passion for world travel and adventure they shared an interest in tech startups.  After spending some time in Argentina, the two decided to backpack north by way of Chile and Bolivia.

It was while riding on a dilapidated bus, which in some countries is called a “chiva”, through Bolivia that they started to come up with the initial idea for GoChime.  As an aside, it was at this time that, apparently, they ended up 1000 ft. deep into a Bolivian gold mine, drinking moonshine with a local miner.  I can only imagine that this was an integral part of the brainstorming process.

Before returning to the states, Matt headed the advice of many who had suggested he visit Colombia. Thus, before heading back to the states, he stopped by Medellin, Colombia during the yearly Flower Festival there and ended up becoming enamored of the city’s people and stimulating atmosphere.

What he didn’t expect was to find a nascent startup scene. Though he found Argentina and Brazil a bit farther along in terms of the number of type of startups, he sees much potential to build a vibrant startup ecosystem to complement the enjoyable environment.  Initiatives such as Wayra and the Founder Institute are aiming to get things off the ground in this country.  Disclosure: I’m the director of the Founder Institute in Colombia.

Once in the states, Austin introduced Matt to a third co-founder, Josh Emert.  The three spent a year developing the initial version of GoChime before applying to and being accepted to TechStars.  After a number of pivots, GoChime is on a path to tap into social media conversations and connect brands with potential customers.

So there you have it. A simple recipe for building your next startup: trek through Latin America, enjoy yourself and brainstorm with like-minded entrepreneurs.  Indeed, US Venture Capital firms and other accelerators such as 500 Startups and Mexican VC are taking a more serious look at the region.  The fact that I know of two other similar stories, might be more of a coincidence.  Perhaps, regions such as Latin America should play to their strengths in their quest to build their startup ecosystems (note: moonshine optional).