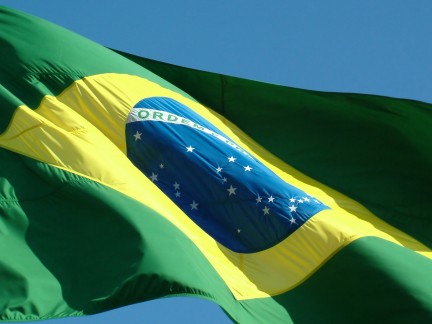 The year of 2012 started with a new partial exit announcement in Brazil: Ideiasnet sold 2,0% of its 7,0% stake in Spring Wireless, Inc. to Harvest Growth Capital, LLC based on an enterprise value of R$ 308 million.  According to the announcement to the market and shareholders, the amount received represents a return of approximately two times the value initially invested.

Starting the year with an announcement of exit gives you a hint about how this market has been evolving in the last years. Despite the official numbers for the Venture Capital and Private Equity sector compiled by FGV’s (Fundação Getúlio Vargas) GVCepe with ABVCAP and ABDI support (last edition: 2010), there is no official numbers for angel investing in Brazil yet, but a big leap in the last year is more than evident.

As an attempt to map and boost the deals, some initiatives have emerged, such as the Startup Dealbook Brazil, an unofficial compilation of startups’ investments in Brazil curated by Diego Gomes (founder of Everwrite) with the support of the entrepreneurial local crowd. According to its data, always based in disclosed and published deals, the number of total deals has increased about 250% from 2010 (22 deals) to 2011 (55 deals, not including the incubation and acceleration programs). It is a relatively huge growth, but still a small absolute number for the potential market.

Another factor that has to be considered looking at this numbers is that several deals are not advertised by its investors: the same risk avoidance and intolerance to failure, that makes harder the fund raising and be an entrepreneur in the country, put some investments in stealth. The problem is that this public endorsement and contacts can be crucial for the invested startup succeed faster. Just take a look on what happen in Silicon Valley.

The good news is that prominent VC firms from abroad started investing harder and advertising their local deals, after a period studying the market and investing only in stealth mode. In the last year, Accel Partners has announced 3 co-investments in the country (Kekanto with Kaszek Ventures, Elo7 with Monashees Capital, Shoes4You with RedPoint Ventures), against only one in 2010. RedPoint also invested in Viajanet with General Catalyst. Rocket Internet announced 7 investments/launches, Kaszek Ventures 4 deals, and Tiger Global 5 deals in the Brazilian market last year. Unofficially, it is known other investments from those and other big firms, but still in stealth.

It is a very good strategy for those firms’ portfolio diversification, reaching a fast-paced emerging market and for the local investors prepared to co-invest and maximize the results of potentially global invested companies, not to mention the best momentum for the local entrepreneurs and those that are relocating to Brazil.

The local VC firms have also increased their deals numbers. Besides Monashees with 7 new deals in 2011, Astella announced 4 and Arpex 2. The incubation and acceleration programs are also growing fast. Some highlights of the year are the Buscapé Challenge that invested R$300K in 4 startups and Wayra and 21212, that selected 10 startups each in their first Brazilian edition.

On the other hand, there are still a lot of challenges. Besides the cultural high risk avoidance mentioned before, having the highest interest rates in the world and a über complex legal system makes closing a deal in Brazil takes much more time than in other markets. And it can be crucial for a company competing in the global market with a much easier and faster access to investments, especially in the early stage.

It is usual a 6+ months time frame to close an early stage deal, but it is expected an improvement with the market evolution. The angel investing business started to grow mainly in the last couple of years. After some initiatives of Angel’s Associations in the last years, such as Gávea Angels, Floripa Angels, São Paulo Angels, Bossa Nova and more, in 2011 was founded Anjos do Brasil (Angels do Brazil), a non-profit association that intends to support angel investors and angel associations along the country and it is gaining an impressive traction.

But it is not just the investors’ side that has to evolve fast in Brazil to take advantage of this great momentum. Another crucial aspect to take into account is that as an “early stage” entrepreneurial market, most of the Brazilian entrepreneurs, despite all the hands on attitude and technical skills, needs a lot of support to be ready to be invested. And they will have to evolve fast to not lose their chance, while all the spotlights are focusing the Brazilian market.

In 2012 the flow of external investments and the opportunities opened by the Olympics and World Cup in the following years tend to increase and it is expected to boost the local entrepreneurs and investors market. If not, the Brazilian market will lose its best opportunities in decades. I am doing whatever I can to make it happen. And you? Are you ready for the 2012 opportunities?