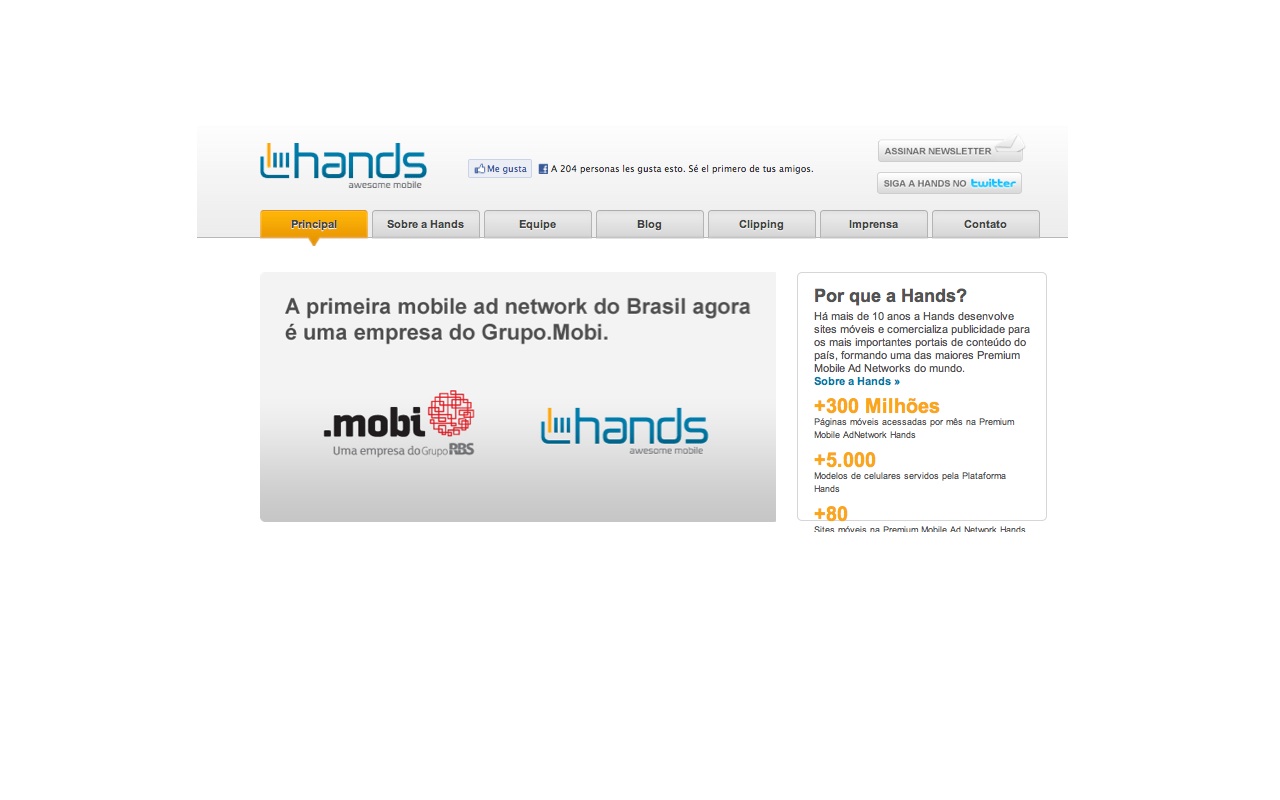 Early 2011 RBS Group has led a second round of investments in the .Mobi Group and granted 60% of share. Last week was .Mobi Group who followed the same steps, but this time for a 100% of equity:  .Mobi Group has acquired Hands Mobile for R$4mi on December, 8th.

The acquisition should guarantee .Mobi the national leadership in the mobile advertising market and a big leap in the Latin America market share.  According to .Mobi CEO, Léo Xavier, .Mobi intends to start operating in other Latin America markets in the first quarter of 2012. The group is expecting a growth from R$1.8bi to R$3.6bi in the mobile marketing industry in the next 5 years.

Initially part of the Ideiasnet portfolio, Hands Mobile was the first Brazilian company focused in mobile advertising. The company has basically 3 verticals: Mobile Advertising, Hands AdNetwork (a network with over 300 content channels, including the iPhone Portal for Claro and Vivo) and Mobile Websites (the original business).

Nowadays, .Mobi Group is more specifically part of the digital holding of RBS Group. Launched this year as a spin-off of the media group and headquartered in São Paulo, its purpose is to investment in digital media, segmented e-commerce and mobile.

According to the blog Startupi, Alex Pinheiro, Reinaldo Mello and Luiz Gustavo NogaraThe, founders of Hands Mobile, are going to invest in the mobile learning segment after the transition to .Mobi.

By the way, the mobile learning sector is another huge opportunity in the Brazilian market. For example, Wizard, the biggest language schools network in Brazil, has just launched WizClass. Focusing in the lower income population, the solution uses SMS (and audio) to send common use sentences and lessons in English by subscription. Besides, several more sophisticated apps are also emerging in the market, such as Gabaritar, who was in the finals of AppCircus in São Paulo.

With the wealth growth of the Brazilian population and the access to new devices and technologies it is a more than welcome approach for social and technology inclusion.