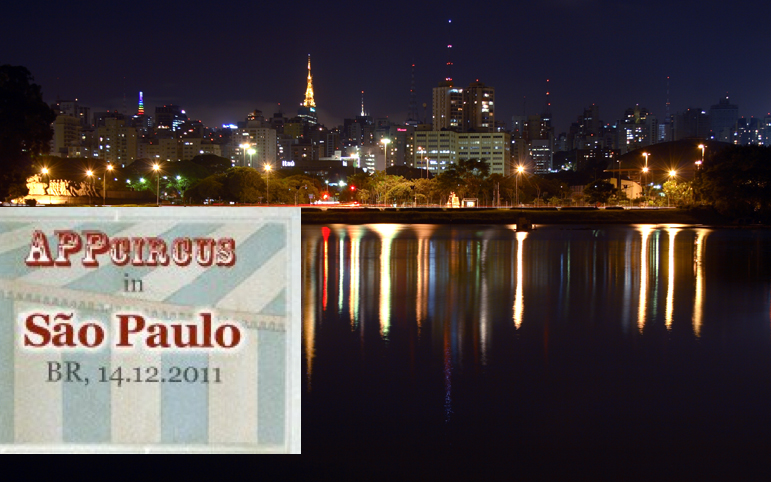 If you were trying to find an experienced app developer in Brazil one year ago, you would probably have a hard time to find one, but the scenario has changed dramatically in the last months.

Next week occurs a new edition of AppCircus in São Paulo. The event’s numbers are beyond the expectations: more than 6 times the average number of apps submitted, almost 50% more than the biggest event so far and a growth of 235% over the October 2010 edition. The biggest players of the mobile industry will be there and the night promises to be a breakthrough event. But what have changed in the last year?

Firstly, let’s take a look in some numbers of the Brazilian mobile market. The last data published by Anatel (the local regulatory agency for telco), measured 231.6 million cellphones in the market, which means that there are more active cellphones than inhabitants in the country (about 190 million). Differently than other countries such US, over 80% are prepaid accounts and the number of smartphones is still small (19 million), but growing faster and faster: an impressive 165% in the last year.

With this extremely high growth market and the global market trend that put a mobile app as a mandatory tool for nearly all kind of businesses, it was time to have a more significant number of mobile app solutions in the local market.

Some companies like Microsoft and Nokia have made several workshops and initiatives to promote and create mobile solutions for the new Windows Phone 7 platform. As a result, 31% of the apps submitted for AppCircus São Paulo were built for this platform.  As expected, iOs (32%) and Android (23%) are runner-ups. Curiously, 39% of the smartphones sold in the market are Androids.

In the end of November, we had the first hackathon for mobile apps in the market, organized by Appies, a company created to support app developers. About 10 apps were produced in about 24 hours.

Now you have an overview of what is going on in this market, take a look in the upcoming events and apply for them!

Organized by Microsoft and Nokia the event intends to gather 200 game developers and will have workshops and presentations about the Windows Phone 7, monetization, integration with Xbox LIVE and much more. Click here to apply.

The developers will be on the stage to pitch the selected apps (Car Locator, FourLater, MeuCarrinho, O Mundo vs. Danilo Gentilli, Go-Go-Goat!, Gabaritar, Runaway Groom, runnens, Thumba Photo Editor, The Incredible Circus, SOS Life) to the local jury. The winner will receive a nomination for the Mobile Premier Awards in Barcelona. Besides the nice presentations, expect a lot of good networking. Click here to attend.

[Disclosed: I’m the Founder & CEO Innoveur, the local organizer of this edition of AppCircus São Paulo]