Giants like DST, the company that recently invested in Facebook are looking for startups in emerging markets to invest. A certain level of maturity, good ideas and an ideal environment are some of the things needed to attract their attention.

Giants like DST, the company that recently invested in Facebook are looking for startups in emerging markets to invest.  A certain level of maturity, good ideas and an ideal environment are some of the things needed to attract their attention.

Russia’s Digital Sky Technologies, the company that recently invested in Facebook, Naspers the biggest media group in Africa and Tencent, the largest internet company in China are putting their money in other emerging markets where other investors from Silicon Valley don´t dare to go. So how do we get these firms to invest in the Latin American region?

A few days ago Andres Barreto, president of Socialatom Group raised a million-dollar question to a varied group of tech-savvy, smart people who have experience in venture capital funds, investment, entrepreneurship and consulting, among others.

This question which has been subject of discussion to high-rank government officials in Latin America was responded using different yet rich points of view.

Hugo Stevens who started Aspire Labs, a seed fund in Latin America thinks giants are not the only alternative when wanting to get investors to put their money with you. “Another option is to develop the angel ecosystem, something similar to AngelConf to make the process of investing simpler; we can also use BiD network which will give us access to foreign investors. Yet another alternative which can complement it is trying an incubator like Innovation Works that matches engineers and entrepreneurs to come up with the best startups».

However when you create an investment relationship with companies like DST you not only get the usual injection of cash but also the support to access to new markets where they operate so developing networks of investment or using incubators wouldn’t substitute what you get if you got them to invest in you.

Leonardo Suarez, co-founder of Letmego.com approached this question in a more fundamental way; he thinks three things are needed before even thinking of establishing a relationship with this giants: well-structured startups, capable entrepreneurs and a competitive environment. “We also need to have a well-organized, low risk corruption business environment” added Suarez. 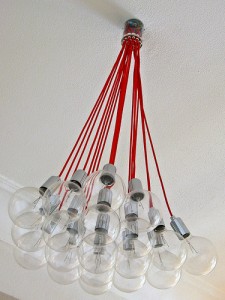 I think that the next thing we need to have is really good founders with even better ideas. This ideas must have a real opportunity to be scalable; there is no way to attract their attention if you are not in a have big growing market.

One thing is clear: they are not interested in companies that have been created too recently. Alan Colmenares, editor of the blog TropicalGringo moved from Silicon Valley to Latin America and is convinced that the investing environment in Latin America is already heating up. For Alan, the most important activity he feels that should be happening right now is guiding talented web entrepreneurs in creating well-thought out start-ups to prepare for the growing interest from foreign investors in the region

The Latin American region also needs networking events in which entrepreneurs can meet investors and other people who can help them in their endeavors.

To sum up, new start-ups should make sure they have a really good idea that can be truly scalable. They also need to have the right structure with talented people in it.

A corruption free competitive environment must be assured by the government in which angel investors and venture capitalist can help entrepreneurs grow their idea into a company with strong earnings. Once you do this you´ll probably need a second or third round of investment which is when you are finally attractive to bigger companies and investment.

The next big question is: Are we yet in the point where this giants would find us attractive?