While at the recent Endeavor Entrepreneur Summit in Miami, I had the opportunity to interview Erik Dithmer, Dell’s Vice President of Sales for Small and Medium size businesses (SMB) in the Americas. Dell’s strategy to keep SMB customers during the economic downturn is to offer lower overall cost and advice to consumers.

While at the recent Endeavor Entrepreneur Summit in Miami, I had the opportunity to interview Erik Dithmer, Dell’s Vice President of Sales for Small and Medium size businesses (SMB) in the Americas. Dell’s strategy to keep SMB customers during the economic downturn is to offer lower overall cost and advice to consumers. Dell offers advice through a variety of social networking tools including Facebook, Twitter, Youtube, Flickr, web 1.0 technology including instant messaging and their Small and Medium Business Solutions Center website, and a crowd sourcing solution for new products, IdeaStorm. These offerings surround customers with information on Dell products and keep them engaged with the brand.

Creating a discussion section on Facebook keeps customers engaged longer and extends the period of time a company has influence over their purchasing decision. It’s a strategy similar to Barnes & Nobles putting cafes and chairs in their stores, it keeps customers from leaving and increases the probability of making a sale. Dell has a discussion section on Facebook which keeps their customers engaged and increases the chance for a sale. The discussion section also allows Dell to outsource some of their customer service to other customers. I read a discussion thread where one customer complained about internet connectivity issues on their Dell computer, other customers jumped in to defend Dell and point out internet connectivity is not affected by the Dell computer but by the customer’s internet service provider. Without a single Dell employee, a customer complaint was resolved. Coca Cola has a popular page on Facebook with over 3 million fans, which wasn’t even started by the company. Two Coke enthusiasts started the page and Coca Cola became involved after 750,000 people signed on as fans. Facebook discussions also enable companies to influence customers with peer-to-peer marketing, generally more influential than business-to-customer marketing. Facebook is a good tool to engage and influence customers. 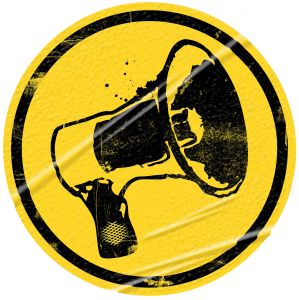 When trying to engage customers, where you put information is as important as what information you provide. Dell puts short guides on a variety of topics related to internet tools including social media, blogging, Twitter, Facebook, crowdsourcing, and website analytics on their Facebook page. Toyota has a Facebook page with discussion section but puts all of their vehicle brochures on their website. One Dell guide is “Learn to Listen” which concisely describes how to get started using social media for a small business. Dell puts content on other areas of a small business on their website, The Small and Medium Business Solutions Center. Topics on the site include technology, marketing, industry specific information, experts, small business stories, and business ownership. The assumption Dell makes is that customers on Facebook want to learn about social networking and customers on their website want to learn about a wider range of topics. With the broad acceptance of Facebook as a platform in Latin America this assumption may or may not be true. In any case, it pays to put information where your customers are located, and now people are hanging out on Facebook.

Crowdsourcing is another method to engage customers. Dell’s Idea Storm is a sort of a Digg for new product development. Customers recommend a new product and other people vote to promote or demote the idea. There is a Facebook app that allows a customer’s friends to vote on their suggestion. We are at the precipice of more combinations of new technology like this to engage customers. To date Dell has used 332 ideas generated from Idea Storm. Target used crowdsourcing to generate buzz around their charity donation program. On their Facebook page Target asked fans which charities they should support and gave away $3 million a week to those charities.

Obviously Twitter is a fantastic tool to disperse information to customers. Particularly as Twitter use increases globally. Companies that have started using Twitter include Amazon, eBay, Pepsi, and McDonalds. A company with a variety of products and customer segments can target specific customer groups with multiple Twitter accounts. This is exactly what Dell does with accounts such as “@DellSmBizOffers” for small businesses, “@DellHomeOffers” for home customers, and “@alienware” for gamers. Twitter can also be used to offer discounts to specific groups. Dell offers discounts available only to Twitter users through these accounts and others like “@DellOutlet,” which keeps customers reading their tweets and allows Dell to intersperse tweets with marketing messages. According to internetnews.com Dell made over $1 million in sales from Twitter through December 2008.

YouTube is a location on the web potential customers lurk. And videos on Youtube can be longer than 30 second or minute spots generally used on television. Nike with it’s list of super star athletes is positioned to put up great videos on Youtube. Some examples are “Ronaldinho: Touch of Gold”, “Soccer vs. Ninjas,” and the LeBron James series of commercials. Dell has posted television commercials and videos on products like the Mini 9 on YouTube. The videos are longer than commercials and give product descriptions, allowing Dell to engage their customers longer. Flickr is another place people frequently visit, Dell has pictures of products and action photos of people using their products on Flickr. Dell could post videos and pictures on their website but chooses to place content on YouTube and Flickr in order to give them a presence everywhere their customers are located online.

IM is a great tool to influence customer purchasing decisions at point of sale, although expensive to employ customer service representatives. I used Dell’s IM service, LiveChat, to get advice for buying a computer. I listed a few parameters for the computer I wanted to buy. The response was quick, although the first computer the representative suggested was out of my price range. After further discussion I found a PC that was priced right. The key was speed of response. I was on Dell’s website looking to make a purchase and the quick response from LiveChat made it easy to make a purchase right away. While IM is great but expensive, there are probably other methods to make buying decisions easier for your customers, what can you do to make buying decisions easier?

To recap, there are a number of social networking and web 1.0 technologies businesses can use to keep their customers engaged and increase the probability of a sale. Dell uses Facebook, Twitter, YouTube, Flickr, and IM.

How can you engage your customers longer?